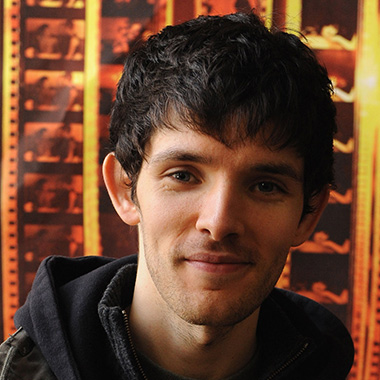 Colin Morgan is recognized as a method actor, known for the title character in the BBC fantasy series, “Merlin.” He secured the lead role in “The Living and the Dead,”Humans” and “The Fall.”  He is likewise known for the stage role as Ariel in the “Tempest.”

Some of his favorite movies are Testament of Youth, Legend and The Huntsman: Winter’s War. Colin is an accomplished actor in an Irish film, television, theater, and radio.

Colin Morgan was born on 1st January 1986 in Armagh, Northern Ireland. His father, Bernard, was a painter and decorator whereas his mother, Bernadette was a nurse. He grew up with his elder brother, Neil as a Roman Catholic.

Morgan attended Saints and Scholars Integrated Primary School where he was inspired by his teacher Harry McGee, who became supportive towards his passion for acting.

Colin was only five years old when he made stage debut in a Chorus production, “Cinderella” and then after, performed in “Peter Pan .” When he was 11 years old, he joined Integrated College Dungannon where he won the title”Denis Rooney Associates Cup” for the best overall student in year 10.

In the school, he was praised by his drama teacher, James McCoy, describing Colin as a keen musician and budding actor.

When he was 16 years old, he auditioned for Belfast’s Waterfront Hall for the “You’re a star” RTE One program as a young performer. He didn’t win the title, but he started dreaming of becoming a professional actor.  He later joined Belfast Institute of Further and Higher Education, where he was awarded a National Diploma in Performing Arts in 2004.

Morgan left Northern Ireland after winning a spot at the Royal Conservatoire of Scotland in Glasgow. In the final year of undergraduate course, he debuts as the title character in “Vernon God Little” in London West End Theatre.”

As a theater artist

Colin Morgan started his career as a theater artist in the West End as Vernon God Little at the Young Vic in 2007. That year, he played the role of Esteban in the Old Vic Stage adaptation of Pedro Almodovar’s Todo Sobre Mi Madre (all about my mother), for which he was nominated for the 2007 London Newcomer of the year in the Whatsonstage.Com Theatregoers’ Choice Awards.

In 2008, he appeared in the Vic production Thomas Babe’s “A Prayer For My Daughter” as Jimmy Rosario. Again, in 2011, he appeared in the Royal  Court Theatre Production as Carlos as a “bipolar compulsive fantasist.” In 2013, he played in the Globe Theatre production of Shakespeare “The Tempest,” which was broadcasted to Cinemas as Globe On Screen in May 2014.

In (2013-2014), Morgan performed as Skinny Luke in Jez Butter’s worth dark comedy Mojo at the Harold Pinter Theater. In 2017, he will appear in the “Gloria“; a comic drama set in the New York City Midtown offices of an American magazine, circa the 2010s. The play will run at the Hampstead Theater in (15th June- 22 July).

In 2007, Morgan firstly appeared on The Catherine Tate Show’s “Christmas Special” as John Leary. He also appeared in “Doctor Who” as Jethro Cane in the episode “Midnight” in 2008.

His popularity rises after he appeared in the BBC TV series “Merlin” as the lead role as Merlin from 2008 to 2012. For the series, he was nominated for Variety Club Showbiz Award for best newcomer.  He received “National Television Award” for best drama performance in “Merlin.”

In 2010, Morgan portrayed an outstanding role as Cathal O’Regan in the movie “Parked,” an Irish film which was nominated and also was the winner of various awards in multiple film festivals around the globe.

Colin Morgan in The Living and the Dead

In 2017, Morgan appeared in the movies “Waiting For You” as Paul Ashton, “The Happy Prince” as Bosie and “The Rising” as Sean Mac Diarmada.

The creative and talented actor, Colin is pure vegetarian, lactose intolerant and yoga practitioner.  He is a strong swimmer as well. He doesn’t prefer social sites and stays away from media attention to keep his personal life secrets. However, he couldn’t hide his affair with his co-star of Merlin (2008), Katie McGrath.

The couple met each other on the set of “Merlin” and became good friends. After spending more time together on the set, they come closer.

They started dating each other since 2010 and are having a healthy relationship.  They even shared their romantic moments on Twitter.

According to some source, they engaged on 30th Oct 2016. Their love is in the air, and there is the probability that they will get married soon.

At the Old Vic theater, he was a part of the 24 Hour Musicals on 9th December 2012. It was a glamorous adrenaline fuelled event which brought together more than 30 directors. Writers, composers, and actors to create four short musicals just in 24 hours. With schools, community and emerged talent they raised £182,000.00 the evening.

He was also the part of A Gala in Honor of Kevin Spacey which was in Old Vic Theatre on 19th April 2015. He appeared with lots of great stages and music legends for and highly- anticipated one-night theater event. The fund which was raised the evening night was to secure the long-term future of the venue.

Moreover, Colin Morgan also receives a decent amount of money from several fashion lines and brands as an endorsement. Allocating information from several sources as of 2018 it is found out that Colin Morgan current net worth is estimated to be around $4 million.