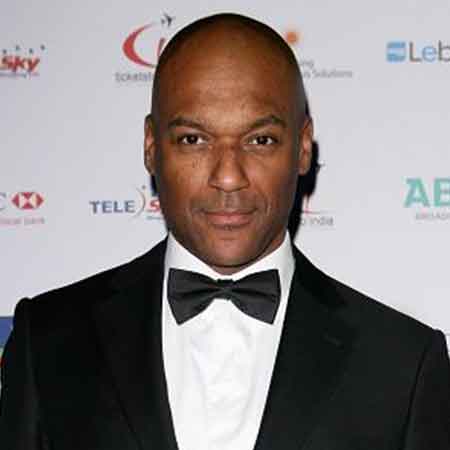 Colin Salmon is a British actor, best known for playing a role of Charles Robinson in three James Bond Films and James One Shade in the film series, Resident Evil. His other film works include Captive, All Men Are Mortal,  Freestyle, Prime Suspect 2, Soldier Soldier and so on.

Colin Solman married his girlfriend, Fiona Hawthorne. The husband and wife are blessed with four children, three daughters, Sasha, Rudi, Eden and a son, Ben Salmon. Well, in today’s session we will be revealing detail about this talented actor’s personal life as well as career, salary, net worth, early life and much more. Stay with us!!!

Colin Solman was born on December 6, 1962, in Bethnal Green, London, to Sylvia Ivy Brudenell Salmon, the mother who was a nurse. Regarding his nationality, he is British and is of mixed ethnicity.

Colin grew up in Luton where he attended at the Ramridge Primary School and then in Ashcroft High School. During his school days, he used to drum for the punk rock band the Friction along with three friends. Besides, the band also released a 7-inch EP and worked with another band, the Tee Vees.

After working for the few jazz and blues bands, Colin left his music career and began to make an onscreen appearance. His first onscreen work was in 1992 in the television series, Prime Suspect 2 where he played a role of Detective Sergeant Bob Oswald.

After two years of his onscreen debut, he then appeared in the film, Captives portraying a role as Towler. Giving most of his time to acting, he then appeared in the multiple films as well as television series including Tomorrow Never Dies, The World is Not Enough, Die Another Day, Match Point, Credo, Silent Witness, No Child of Mine, Limitless, Master of None, Tracey Ullman’s Show, London Has Fallen, Criminal, the Rapture and so on. More recently, Colin has appeared in the film Mortal Engines and television series, Krypton.

Colin Salmon currently puts forth charitable efforts to the African-Carribean Leukemia Trust and the Richard House Children’s Hospice. Besides, he also became a co-founder of Cage Cricket with Lawrence Prittipaul and Trevor McArdle.

Colin Solman is a married man. He got married to his girlfriend, Fiona Hawthorne in 1988. The husband and wife are now blessed with four children, a son Ben and three daughters, Sasha, Ruid and Eden Solman.

The couple has been living together for approximately 30 years and still, they are very happy with their relationship. The pair has not involved in other extramarital affairs and neither till the date there has been any serious conflicts between the couple which would lead to divorce.

With not even a single rumor and controversy to talk about, Colin and his wife can be called as a perfect couple.

As a renowned British actor, Colin Solman makes a decent sum of money. Till the present context, he has worked with several production companies. Not only that, he has also worked with local bands during his early age. As of 2018, his net worth is estimated at around $6 million and seeing his works, it is sure to increase in coming days.