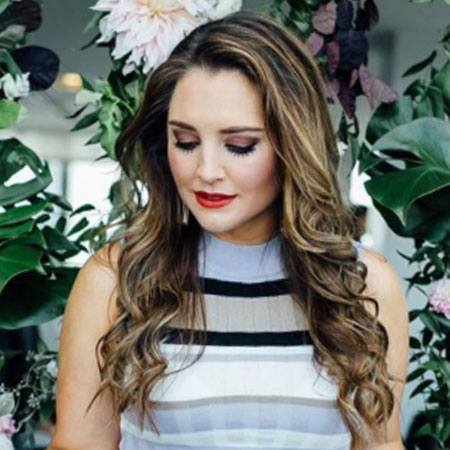 Collins Tuohy is an actress, public speaker, and entrepreneur. She is well known for being the adoptive sister of American Football offensive tackle, Michael Oher.

Collins married to her long-term boyfriend, Cannon Smith after dating around eleven years.

Being a successful entrepreneur, Collins makes her salary and net worth from her rising career. Her family’s based movie The Blind Side grossed more than $300 million at the box office.

As of now, her net worth is estimated to be around $2 million. As Collins Tuohy is still running her company, thus, no doubt, her net worth will get higher in coming days.

Collins Tuohy is a happily married woman. She is married to her long-term boyfriend, Cannon Smith. After dating around eleven years, the couple married in April 2016, in Memphis, Tennessee.

Their wedding lasted two days, one was a more intimate dinner celebration with close friends and family, while next day was a big party.

Her husband, Cannon is the brother of Demolition producer and Black Label Media co-founder Molly Smith.

Moreover, they are also known as a authors and fast food franchise, owners. Collins Tuohy has a biological brother, Sean Tuohy Jr. who is a basketball player. She has also an adoptive brother named Michael Oher, NFL lineman.

Collins Tuohy studied at the Briarcrest Christian School in Memphis. Later on, she earned her bachelor’s degree in Broadcast Journalism from the University of Mississippi.

Tuohy was known as an influential role model and exceptional student during her college days. Moreover, Tuohy was the President of Student Alumni Council and Student Spirit Committee, as well as an Officer of Kappa Delta Sorority.

Likewise, she was a cheerleader at Ole Miss Varsity, supporting her brother Michael Oher. Collins has played the piano since the age of six.

She also contributed to her parents Sean and Leigh Anne’s New York Times best-seller, In a Heartbeat: Sharing the Power of Cheerful Giving. Apart from that, she launched a fashion, travel, and lifestyle blog called Collins Closets in 2016.

Additionally, Collins holds a seat on the Board of The Making it Happen Foundation. In 2004, her parents, Leigh Anne and Sean Tuohy, welcomed Oher into their household. They eventually adopted him and gave him with a safe home after learning about his troubled childhood. His story was documented in the 2006 book, The Blind Side: Evolution of a Game.

Collins even starred in Family Addition with Leigh Anne Tuohy, the network dedicated to uplifting entertainment. She even portrayed by Lily Collins in the 2009 film The Blind Side.

The film went on to become a record-breaking Hollywood blockbuster, earning more than $300 million at the box office. The film became the number-one opening weekend for a sports film in history.