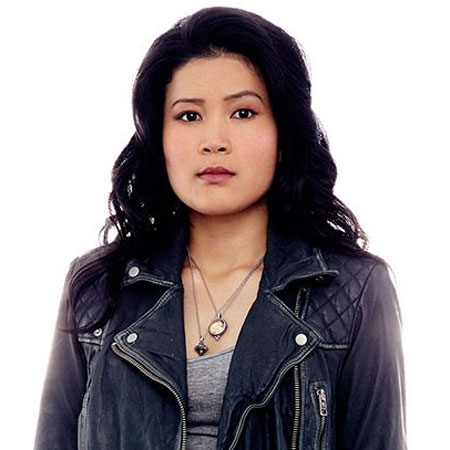 Jadyn Wong is a Canadian actress as well as a classical pianist. She also has a black belt in the Karate. Wong is best known for her outstanding roles as Happy Quinn in the television series Scorpion. Wong started her acting career in 2006. Wong is not married yet and is currently single.

A renowned actress Jadun Wong lives a lavish life. Her main source of income is through her acting career. Till the date, Wong has starred in several movies as well as in television series.

However, Wong hasn’t revealed any information regarding her net worth. Well, observing her living styles and personality, Wong is sure to have a good income. Furthermore, she is active in acting career since 2006 so her net worth is sure to be increased in upcoming days.

32 years old Jadyn Wong is not married yet. Furthermore, she is currently single.  Likewise, there are no any records of her past relationships too. Wong mostly keeps her personal details out of reach the people.

Although she is not married yet and is currently single, her sexuality is straight. Wong hasn’t done or said anything that makes us feel doubt about her sexuality. Wong might be busy in building up her career and might be looking for a perfect partner.

Jaydn Wong was born on May 11, 1985, in Medicine Hat, Canada. Her parents are the immigrants from the Hong Kong and owns a restaurant. However, their names are still unknown.

Wong completed her school level education from the Medicine Hat High School. Furthermore, she graduated from the University of Calgary.

While studying at the University of Calgary, Jadyn Wong decided to turn full-time on acting. So in 2006, Wong pursued her acting career through the television series Broken Trail as Ghee Moon. The series was able to win the Emmy Award and was nominated for the Golden Globe Award.

After that, Wong appeared on the other famous series like Rookie Blue, Being Erica, Working the Engels. Besides this, Wong has also starred in several movies. Well, she made her movie debut through the movie Space Buddies as Chinese Reporter in 2009.

Laughing in advance with Martin Short about tonight’s episode of #WorkingTheEngels on NBC at 9:30! pic.twitter.com/7IWqdywqPl

Later that, she also appeared in the movies like The Letters, Debug etc. Furthermore, her latest movie You’re Killing Me Susana was released in 2016. These days, Wong appears on the television series Scorpion as Happy Quinn since 2014.

Since 2006, Jadyn Wong is active on the field of acting. Till the date, she has starred in several movies as well as television series. However, these days, Wong appears on the television series Scorpion since 2014.