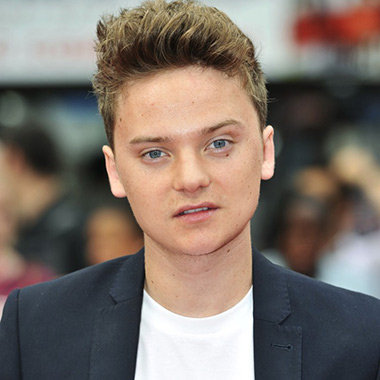 Conor Maynard, an English singer, songwriter and a child actor was born on 21st November 1992. He is best known for his song “Can’t Say No” which was released in the UK on April 16, 2012. He appeared in the Brighton & Hove as a child actor. In 2012, he was awarded by the MTV’s Brand New for 2012. Conor was born in Brighton, England to father Gary and mother Helen Maynard. Gary was a builder and Helen was an office worker. He has a younger brother and sister, Jack and Anna. Anna has been seen with Conor in some of his covers on YouTube. He went to Cardinal Newman Catholic School in Hove for his study.

Conor Maynard started his career by posting his first video of himself singing “Breathe”, a song by British musician Lee Carr. In the year 2006, he was seen in the role of young Casper Rose in the television series “Dream Team” of Sky 1 television network. Since the year 2009, he has been uploading cover songs of many songs with the rapper and close friend Anthony Melo. Together they have made a variety of cover songs.  Conor was approached by American singer/songwriter Ne-Yo after he watched a cover track of his own song “Beautiful Monster”. After that, Ne-Yo became his mentor and signed to EMI/Parlophone and Turn First Management.

On April 15, 2012, Conor Maynard released his first debut single “Can’t Say No” in the United Kingdom. The single was number 2 on the UK Singles Chart and 74792 copies were sold. On July 21, 2012, he released another second single “Vegas Girl” in the United Kingdom. The single reached up to number 4 on the UK Singles Chart. Later on 30th July 2012, he released his debut album “Contrast”. The album was a huge success and became the number 1 album on the UK Album Chart. Even though being the number one on the chart, the album was sold only 17,000 copies in its first week. In June 2013, the news was revealed of Conor releasing a book about his rise to fame titled “Take Off”. Later in October 2013, the book was released. Currently, he has been working on his second album.

At the age of 24, Conor Maynard has gained a lot of popularity and has millions of fans. Most of his fans are female. Having great looks and cute smile, he has always been a topic of gossip among his female fans. We can get to see how crazy his fans are during his stage shows and live concerts. He has fans all over the world. He has uploaded many pictures in his social accounts like Instagram, facebook, and twitter. He is very active in it and has millions of followers on it. Talking about his relationship status, there is no any confirm news of him being in any kind of relationship with anyone. So it seems him to be single and ready to mingle. According to the sources, his net worth has been estimated to be more than $4 million (2016).