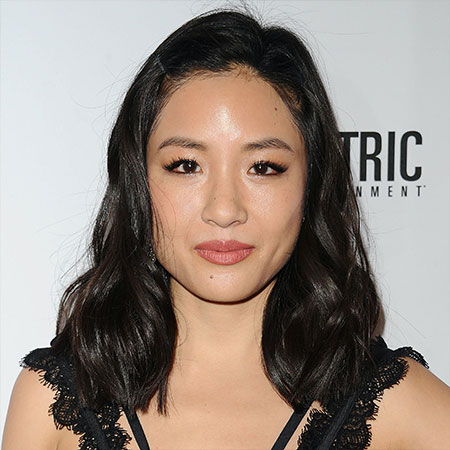 Constance Wu is a Critics’ Choice Television Award-nominated American actress. She is well known for playing Jessica Huang on the ABC sitcom Fresh Off the Boat. Similarly, she is famous for her guest appearances on the series Torchwood, Covert Affairs, and Franklin & Bash.

Wu is still unmarried but she was in a relationship with Ben Hethcote, an actor. The two started dating in 2011 and often shared photos with Constance on her social media account.

Constance Tianming Wu was born on 22nd March 1982, to Taiwanese parents in Richmond, Virginia. Her father was a biology and genetics professor whereas her mother was a computer programmer. Constance Wu’s grandfather was an illiterate bamboo farmer. She grew up with her three sisters and two brothers in the Richmond area.

Talking about her education, Constance Wu attended Douglas S. Freeman High School. Later on, she studied at the State University of New York and graduated in a conservatory of the Theater Arts. Similarly, she also joined Lee Strasberg Theatre and Film Institute for her acting progress in the year 2005.

Before starting her acting career, she worked in classical theatre. Constance Wu made her acting debut with supporting role Jenn in the film Stephenie Daley in 2006. At the same year, she even made her television debut playing Candy in the series, Law & Order: Special Victims Unit.

Moreover, Constance Wu appeared in the supporting roles in the movies Year of the Fish (2007) and The Architect (2006). Additionally, she also acted in a recurring role as Laudine Lee on the ABC soap opera One Life to Live (2007). She then cast in the movie Sound Of My Voice in 2011.

Constance Wu’s breakthrough role came in 2015 while she played Jessica Huang in the ABC comedy series, Fresh Off the Boat. In which she got two nominations, Critics’ Choice Television Award and Television Critics Association TCA Award for Individual Achievement.

On the set of Fresh Off the Boat:

In 2015, Constance Wu played the lead role Polly in the Science fiction movie Parallels. In 2016, it was announced that Wu would begin production on an independent drama titled You and Me Both, written and directed by Jennifer Cho Suhr.

Constance Wu currently appears as Jessica Huang in the TV series Fresh Off the Boat. Her upcoming film Crazy Rich Asians is set to be released on 17th August 2018.

Constance Wu is unmarried till date, but in the past, she was in a relationship with Ben Hethcote, an actor. The two started dating in 2011. She even shared photos with Constance on her social media account. But after dating around six years, they broke up in 2016.

Best boyfriend in the world took me to @TheBunnyMuseum today for Valentine’s Day 🙂 pic.twitter.com/aGczf7Ac6z

After her separation, Constance has not opened anything about her personal life in the recent days. She is possible to be single and living her single life with her pet rabbit, Lida Rose in Los Angeles.

Constance Wu earns a good sum of money in her career. She has featured in several movies and tv series through which she obtains a decent amount of money as salary. Allocating information from several sources as of 2018, it is found out that Constance current net worth is estimated to be around $2 Million.

She collects a huge amount of money through her acting career. Her dedication and talent are what made her stay in the headlines. While observing at her appearances in the social media and in interviews, Wu looks like she is enjoying a luxurious life. Constance’s upcoming movie Crazy Rich Asians along with many others projects which will definitely increase her net worth in coming days.