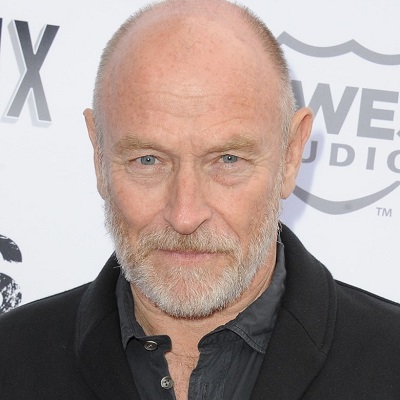 Corbin Bernsen is an American actor, director as well as writer. Bernsen is widely known for his different roles in the television series like L.A. Law, The Dentist, Psych. Furthermore, he has also appeared in the movies like Major League, Major League II, and Major League: Back to the Minors etc.

Bernsen married a British Actress Amanda Pays in 1988. This couple has four sons Oliver, Angus, Henry, and Finley. Besides this, Bernsen was also married to Brenda Cooper from 1983 to 1987.

Corbin Bernsen was born on 7th September 1954, in California, United States. He is the son of a producer Harry Bernsen, Jr. and an actress Jeanne Cooper. Bernsen grew up along with his sibling brother Collin Bernsen and sister Caren Bernsen.

In 1972, Brensen completed his graduation from the Beverly Hills High School. However, he received B.A. in Theatre Arts from the University of California, Los Angeles (UCLA) in 1977. Moreover, he also received MFA in Playwriting in 1979 from the same university.

The versatile actor Corbin Bernsen started his career from the movie Clambake as Roy. Furthermore, he also appeared in other movies like Three the Hard Way, Eat My Dust! etc. Besides this, Bernsen also appeared in the television series Ryan’s Hope.

Well, after appearing in the following series for two years, he appeared on the series L.A. Law in 1986 as Arnie Becker. However, the following series became a hit which helped him win the Emmy and Golden Globe award. Till now, Bernsen has appeared in many films as well as in television series which are listed below:

In 2017, Bernsen appeared in the series like Powerless as Vanderveer Wayne Sr. as well as in the movie American Gods as Vulcan.

Vulcan arrives this Sunday on American Gods and things will never be the same for any of us. https://t.co/W6kpYIOBAH

Furthermore, he also appeared in the series Psych: The Movie as Henry Spencer.

Furthermore, he was also married to Brenda Cooper in 1983. But they failed to continue their married life, so they separated in 1987. Moreover, he also dated Vanna White in 1985 and Heather Thomas in 1976. Besides this, there are no any rumors of his divorce.

The versatile actor Corbin Bernsen must be earning a good amount of money from his acting career. He has featured in several movies and tv series through which he receives a decent amount of money as salary.

Furthermore, he also adds money from his directing and writing career. Allocating information from several sources as of 2018 it is found out that his current estimated net worth is around $12 million.