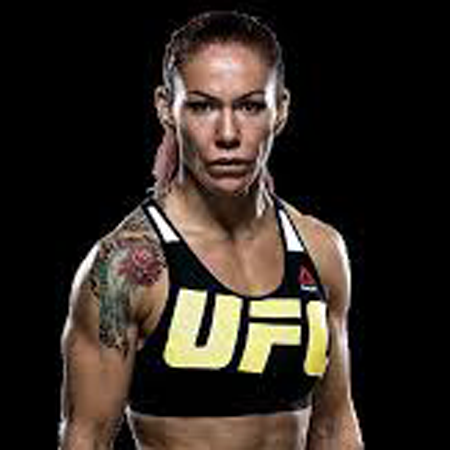 Well, Cris was once a married woman; as the husband and wife divorced after living together nearly for six years. Although she is divorced, this beautiful lady is in a relationship with her long-term boyfriend, Ray Elbe and they are engaged too.

Cris Cyborg was born on 9th July 1985 as Cristiane Justino Venancio to Brazilian parents. She has a sibling brother name, Rafael Justino. She holds the citizenship of both America and Brazil.

Growing up in Curitiba, Brazil, Cris showed great interest in sports since her childhood and soon followed her dream in the sports field.

Open enrollment for sponsorship of my next fight will start soon! If you would like to see how sponsoring me can help you build your brand or promote your product send an email to: [email protected] for details on how to apply to be an official sponsor of #TeamCyborg #CyborgNation #CrisCyborg ============================

Before she established herself as an MMA fighter, she was a national-level team handball player in Brazil. But, later, she gained interest in MMA fight and was discovered by Rudimar Fedrigo, one of the Chute Boxe Academy trainer.

Cris Cyborg began her martial arts trainee from the Chute Boxe Academy, where she got established as one of the strong fighters with modern mixed martial arts. Then on 26th July 2008, she made her debut match against Shayna Baszler at EliteXC: Unfinished Business, where she won the fight in the second round.

During the period, she faced Yoko Takahashi and was scheduled to face Marloes Coenen on 27th February 2009 but certain reason, the fight canceled and signed a new contract and received BJJ Purple Belt under the instruction of Cristiano Marcello.

To learn further training and technique, Cyborg signed to fight for Strikeforce in the same year and made her debut where she faced Hitomi Akano and defeat her in the third round.

Once she has had her license suspended for a year and fined $2,500 on 6th January, due to tested positive for stanozolol, an anabolic steroid.

After a year back in 2013, she signed a multi-fight deal with Invicta Fighting Championships, where she had a match with Marloes Coenen on 5th April 2013 that leads to a rematch on 13th July 2013 after she suffered an injury. She defeated Coenen in the fourth round and become first Invicta FC featherweight championship.

Just landed in Las Vegas! For a chance to see me this weekend stop into @proteinhouse1 for lunch!

Besides this, she participated in Lion Fight 11, Lion Fight Women’s Welterweight Championship, Invicta FC and many others too. In February 2015, she returned to MMA and fought against Charmaine Tweet to defend her Invicta FC 11. She won almost all of the titles and matches in the journey of her martian arts which make one of the successful sportsmen.

Finally, after receiving different skills of Muay Thai, Boxing, Brazilian Jiu-Jitsu and Wrestling, Cris Cyborg signed with UFC in March 2015. There she made her promotional debut against Blue belt Brazilian Jiu-Jitsu, Leslie Smith at the catchweight of 140 pounds. It was one of her greatest victory for her in the UFC.

Instagram: Cris Cyborg in her upcoming match with  Kunitskaya;

Although she proved herself as one of the strongest martial artists, Germaine de Randamie refused to fight against her because she was once caught as drug cheater. Till date, she is actively present in the related field and has scheduled to face Yana Kunitskaya, former Invicta bantamweight champion on 3rd March 2018 which will be a second featherweight title defense for her.

Talking about this 32-years-old fighter personal life, Chris is once a married woman. She tied a knot with MMA fighter, Evangelista “Cyborg” Santos. After living in a marital relationship nearly for 3 years, the husband and wife split in December 2011. They do not share any children together.

Currently, Cris Cyborg is in a love relationship with her long-term boyfriend, Ray Elbe. The beautiful duo got engaged and shared on the social media, Instagram with the caption back in December calling Ray Elbe, her fiance.

Now, there is more than one reason to celebrate this year because shortly after the engagement, the couple is deciding to adopt a 12-years-old Brazilian girl. She is also planning to fulfill all the legal procedures in the first half of 2018 so that she will be able to focus on her next fight too. Her adopted daughter name is still under revealed in social sites.

As of 2018, Cris Cyborg has successfully collected an estimated net worth of $5 million. She earns her salary around $255,000 from the related profession. There is no doubt she is living a luxurious lifestyle with her family.