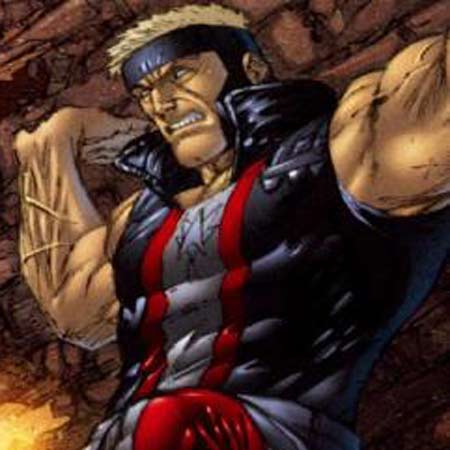 Salem’s Seven are former supervillains featuring in American comic books published by Marvel Comics. Initially, they were foes of the Fantastic Four and Scarlet Witch but recently they have become allies to both.

All the seven characters are the children of Nicholas Scratch and the grandchildren of Agatha Harkness. They are all humans with superpowers who can change into fantastic creatures.

Salem’s Seven originated in Colorado, a hidden town of the Rocky Mountains is much populated by the magic users. All of them who reside in this place is fear of losing normal humanity due to the persecution that was imposed on them during the Salem witch trials.

All the Salem’s Seven were fathered among different women by Nicholas Scratch. Nicholas mother named Agatha Harkness was one of the most powerful women of the town but she left the village and went to live among humanity.

Once Agatha became a governess for Franklin Richards, the son of Mister Fantastic and Invisible Woman of the Fantastic Four. Salem’s Seven brought Franklin with them to give to Scratch as a new host body.

Salem’s Seven managed to reverse the spells which lock them out of their enhanced forms which weakened Harkness in the process. They also took the control of New Salem and turned the whole community against Harkness. Then the Scarlet Witch and the Vision were drawn to New Salem. There they were captured by the Seven. Gazelle dissented with a plan of the groups and was thrown in with the prisoners. Vision ran away and started to fight with Vertigo. When the Vision defeated her Vertigo lost her power.

Again the next Halloween named Wanda attempt to commune with Agatha Harkness’s spirit. But Wanda was drawn into the land of the dead and was confronted with the spirits of Seven who aligned themselves with a being called Samhain.She defeated Samhain and bound him within the spirits of six among those Seven.

With the help of Hydron, Reptile, DNA, Thornn and Vakume were re-animated as some of Arnim Zola’s proto-husks. All these were introduced and slain for humorous effect by Deadpool. When the Scarlet Witch’s mental broke down Seven was resurrected and manipulation of magic restored them to life. Their father, Nicholas manipulated them into releasing Shuma-Gorath.

As a single entity, the dragon also takes the form of Agatha Harkness. They posed as Harkness in order to get the Fantastic Four to doubt how they work as a team. The Dragon was killed after an invisible Woman found a way to reverse the heat waves so that Dragon would explode in the form of the Seven.

The Salem’s seven featured in The Avengers: United They Stand episode The Sorceress Apprentice. Along with Nicholas, their father, they kidnapped Agatha Harkness. The Vision and the Scarlet Witch found them while all the other Avengers were seen busy fighting Grim Reaper.