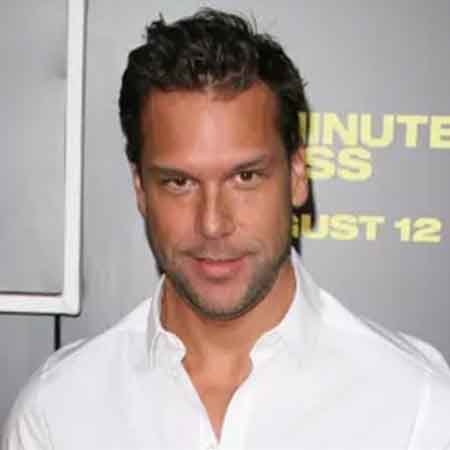 Dane Cook is an American stand-up comedian as well as a film actor. He is known for his portrayal role as Robbie in the movie, American Gods. Likewise, Cook has released five comedy albums including, Harmful If Swallowed, Retaliation etc.

As of 2019, the 46-year-old, Dane Cook has a net worth of $30 million. Cook is currently in a relationship with girlfriend, Kelsi Taylor. He further dated other celebrities including Amanda Cerny and Julianne Hough. Scroll down to know more about Cook’s early life, career, awards, achievement, net worth, salary, house, cars, properties, relationships, affairs, marriage, children, and divorce.

Allocating the sources of 2019, Dane Cook has an estimated net worth of $30 million. From his multiple profession, Cook earns an astonishing amount of money. Till date, he has released five comedy albums and has further starred in several movies.

No doubt, Dane Cook has a lavish lifestyle and he never misses any chance to show his assets on social media. Well, what do you think?

Currently, Dane Cook is not married yet but he is in a romantic relationship with his girlfriend, Kelsi Taylor who is a singer. The duo began dating in July 2017. Since then they are still together and often share pictures of each other on Instagram.

Besides this, Cook previously dated several girls including Heather Ashley Chase, Jessica Simpson in 2006 and Raquel Montero from 2004 – 2009. Likewise, he further dated Nicole Scherzinger in 2007 and Amanda Cerny from 2011-2014. Moreover, Cook also had an encounter with Nikki Giavasis and was further rumored to be dating Julianne Hough in 2010.

Dane  Jeffrey Cook was born on 18th March 1972, in Cambridge, Massachusetts, the United States to Donna Jean Ford and George F. Cook. He grew up along with his older half-brother, Darryl McCauley, and five sisters in Arlington, Massachusetts.

Cook attended Arlington High School. Cook’s half-brother Darryl was his business manager until 2008. But later Cook sentenced Darryl and his wife to prison after they were found embezzling millions of dollars from him.

Dane Cook performed in stages and concerts in a collaboration with local improv/sketch comedians. On October 30, 1992, they performed in WBCN’s “Rock of Boston” music concert. In 1994, Cook moved to New York City and began performing and later moved to Los Angeles.

You may like: Sebastian Maniscalco is an American comedian. Know his bio, net worth, and personal life!

Cook released his first CD/DVD comedy album entitled Harmful If Swallowed in 20013. Likewise, he has released other four albums including,

Moreover, his singles are “I’ll Never Be You”, “Forward” and “Drunk Girl/Red Car.” Similarly, Cook made his acting debut through 1997 movie Flypaper as Tim.

Since then he has starred in several movies including,

As of now, the number of people who have followed him on social media is more than 681k on Facebook, 3.97 million on Facebook, and 3.11 million on Twitter, respectively.