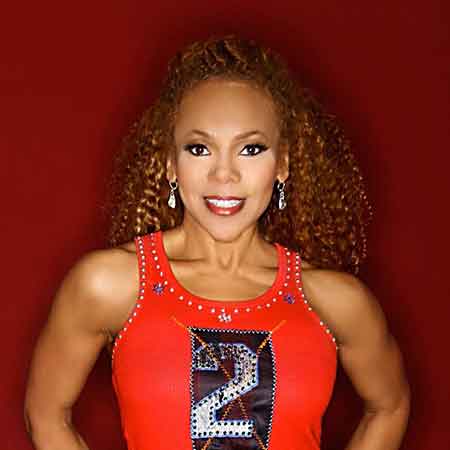 Donna Richardson is American fitness and aerobics instructor. Moreover, she is also an author as well as a commentator for ESPN television sports. Richardson further served as President’s Council on Physical Fitness and Sports. She has produced and hosted Donna Richardson: Mind, Body, & Spirit.

Donna Richardson was born on 13th May 1957, in Silver Spring, Maryland, United States. She belongs to an American nationality. Even being such a renowned personality, Richardson hasn’t revealed any information about her parents and siblings.

Richardson attended the Montgomery Blair High School. Likewise, she graduated with a degree in Health Education and Dance from the Hollins College.

The Oprah Winfrey Show selected Richardson as one of the “Top 5 Fitness Video Instructors.” Moreover, the Fitness magazine selected her as one of their “Top 10 Movers and Shakers.” On the other hand, Richardson starred as well as produced Sweating in the Spirit. Toll date, Richardson has given a lecture as well as motivational speeches in more than 40 countries.

God’s Leading Ladies, Sisters In The Spirit and the Pantene Total You are some of her memorable national tours. In 2006, Essence magazine named Richardson as one of the most inspiring women in America. Moreover, Richardson has further made Guinness Book of World Records as the world’s largest line dance, with over 50,000 participants at Megafest hosted. Besides this, she has also written a book entitled  Let’s Get Real: Exercise Your Right to a Healthy Body.

One of the renowned fitness and aerobic instructor, Donna Richardson has gained a huge success in her professional life. But she has failed to maintain success in her personal life. Well, the 61 years old Richardson was previously married to a popularly syndicated radio personality Tom Joyner.

Richardson met Joyner in 1997 after being a guest on his radio show and began dating. After dating for a year, the couple got engaged in August 1998. Finally, the couple tied the knot on July 29, 2000, in  Montego Bay, Jamaica. But the couple failed to continue their relationship and divorced in 2012.

Being such a renowned personality, Donna Richardson earns an astonishing amount of money from her multiple careers. Richardson gives a motivational speech as well as lectures in different places and further tours in several countries.

As of now, Richardson has an estimated net worth of $3 million. She has maintained a lavish and standard life.