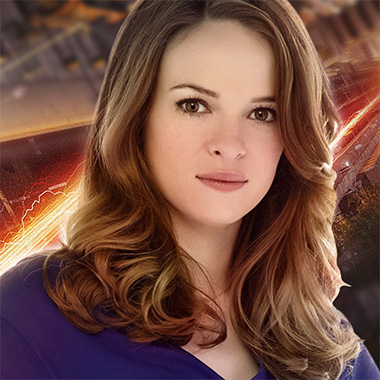 Danielle Panabaker is a gorgeous and attractive American actress. She is mainly known for her roles in Disney films like Sky High, Read It and Weep and Stuck in the Suburbs. She has also played as a younger sister Kay Panabaker in the miniseries Empire Falls.

Danielle was born on September 19, 1987, in Augusta, Georgia, United States. Her birth name is Danielle Nicole Panabaker. She was born to Donna and Harold Panabaker. She also has a younger sister named Kay, a profession is an actress as well.  Panabaker spent most of her childhood traveling across the country because of her father’s sales job. She mainly spent her time in South Carolina, Pennsylvania with her family. She spent her kindergarten year in Orange, Texas.

During her summer camp, she took theater class and created her passion in acting. When she was 12 years old she did acting in community theaters and also auditioned for commercials. In 2000 she moved to Naperville, Illinois. She attended Crone Middle School and later studied at Neuqua Valley High School. She while studying at Neuqua participated in the speech team. When she was 14 years old she graduated from her high school. Shen then took acting lessons with her sister in Los Angeles, California. She studied at Glendale Community College and studied acting there. She later earned her associate degree in 2005. She studied her senior year at University of California, Los Angeles. In June 2007 she graduated with Bachelor of Arts degree.

Danielle Panabaker started appearing in several commercials with roles in television. She also became the part of the series The Guardian. She was with Young Artist Award for the role. She was also seen in television series like Malcolm in the Middle, Law & Order: Special Victims Unit, Medium, Summerland etc. She also took the role in Sex and the Single Mom and also Mom at Sixteen. According to her Empire Falls was her big break. She did stage productions with roles in musical theater. She starred in film Searching for David’s Heart with Disney star Ricky Ullman. She also co-starred in Sky High and Yours, Mine and Ours. She then did Home of the Giants with Ryan Merriman and Haley Joel Osment. She was seen in a supporting role in the film Mr. Brooks. She as Julie Stark played in the drama pilot Shark. Julie is the main character’s daughter. She appeared as the main character in Friday the 13th in 2009 with Jared Padalecki. She then starred in The Crazies and The Ward. She did the lead role in the Hallmark Movie The Shunning as Katie Lapp in 2011. The movie was based on the novel She also starred in the movie Nearlyweds in 2013. She then joined Philip Baker Hall, Bill Pullman and Maggie Siff at Catering Fox’s WordTheatre. She then starred in the film Time Lapse in 2014. The film was directed by Bradley D. King’s.

Panabaker, who announced that she is engaged to her longtime boyfriend Hayes Robbins in July 2016, has a net worth of $2 million dollars. She is also active on several online networking sites such as Twitter, Instagram, and so on. Her bio is also made available on other biography-related websites including IMDB; wiki sites like Wikipedia; Article and much more.