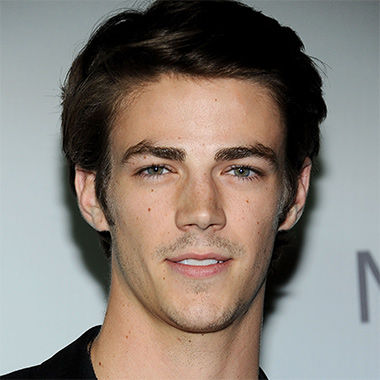 Grant Gustin is a good looking and smart actor as well as singer. He is mainly for his role on the Fox series Glee as Sebastian Smythe. He is also known for playing on the CW series The Flash as Barry Allen (the main character Flash).

Grant was born on January 14, 1990, in Norfolk, Virginia, United States. His full name is Thomas Grant Gustin but is better known as Grant Gustin. He was born to Tina Haney and Tom Gustin. Tina is a pediatric nurse. He studied at Governor’s School for the Arts program in Norfolk, Virginia for Musical Theatre during his high school days. He also joined a theatre organization Players Incorporated in Virginia. He attended Granby High School and graduated from there in 2008. After completion of his graduation for two years, he went to attend BFA Music Theatre Program at Elon University in North Carolina.

Grant Gustin took the role in the Broadway Revival Tour of West Side Story as Baby John by leaving his school. On September 30, 2010, he performed with his tour through September 23, 2011. He then debuted on the television series Glee on November 8, 2011, as Sebastian Smythe. He there played the character of an openly gay member of the Dalton Academy Warblers. He was awarded for his recurring, promiscuous and scheming character as Sebastian. For the television series Glee, he gave an audition for a role as a tap dancer but failed to get that role. But his performance was liked by Ryan Murphy and kept him in his mind.

Since September 26, 2011, Grant Gustin began filming the role after finishing his final West Side Story performance. In late May 2012, he started filming A Mother’s Nightmare. It is an original film for the Lifetime network. The film stars the very beautiful and gorgeous actress Jessica Lowndes and Annabeth Gish. The whole film was shot in Canada. It was announced that he got the role in independent film Affluenza on July 11, 2012. He then was announced of playing in the second season of Arrow as Barry Allen on September 13, 2013. He was supposed to appear in three episodes and as the backdoor pilot for the last series of Flash. Later the plan of the backdoor pilot was dropped. He was picked with an initial order of thirteen episodes in Flash series which was premiered on October 7, 2014. The series was successful in having more than 4.8 million viewers and became the most for a premiere on The CW in five years. Later the series increased the episode to a full season of twenty-three. Later the show was renewed for a second season on January 11, 2015.

In 2015, he was nominated for Blimp Award as Favorite TV Actor for the series The Flash at Kid’s choice awards.