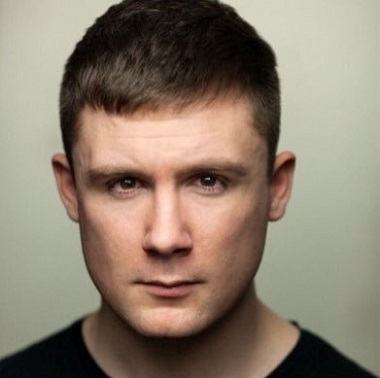 Danny Boy Hatchard is a renowned British Actor. He is best known for British Soap Opera, East Enders as Lee Carter and a feature movie, We still kill the Old way (2014)  as Aaron Sanchez. His appearance on Neighbours 30th Anniversary Tribute: Ramsay Square, released in 2015 become popular among audiences. Recently, he served as host singer to welcome Brasserie Zedel in a French restaurant. 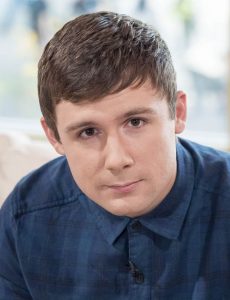 As well as, Danny achieved BA in performing arts at the Arts Educational School London in 2013. Having a keen interest in acting, he gained artistic knowledge theoretically to pursue an acting career.

Danny Boy Hatchard is professional actor and singer who holds a million followers. He has built a successful career by his effort and hard dedication.

Danny started his professional and successful career from 1995 BBC soap Opera “East Enders” as Lee Carter.  He started filming as Lee in February 2014 which appeared to be the hit series based mental health awareness. As a result, Danny got high recognition after portraying his character as Lee which reached number-one-spot in BARB’s TV ratings and also got top-rate TV programs in Britain.

In the history of British television drama, it remained a significant program which achieved nine BAFTA Awards and the Inside Soap Award for Best Soap, running from1997 to 2012. Adding more, it won 13 TV Quick and TV Choice Awards, six TRIC Awards for Soap of the year and four Royal Television Society Awards for best continuing drama. He achieved “TheInside Soap Award” for the category ” Best Show Stopper Award” in 2015. 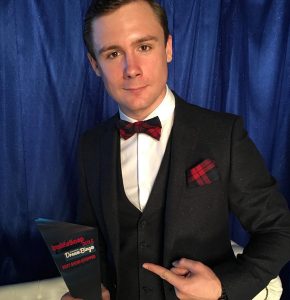 Danny rose to fame due to his incredible performance in the Sancha Bennet’s feature film “We Still Kill the Old Way” as Aaron. Likewise, he also portrayed the outstanding role in Jonathan Harvey‘s acclaimed  20th-anniversary production of “Beautiful Thing” as the lead role.

Moreover, he has also shown his musical talent with his heart throbbing performance singing Scott Alan’s “Now” at James Theater. His contribution as a singer is easily available on youtube. There are lots of viewers who has commented on his singing ability as praiseworthy.

On the other hand, he is also an animal lover who is actively involved in the campaign to ban animal testing. He is also serving as a contributor by protecting the animal right.

Just signed a form to ban animal testing forever!! If you're around Carnaby street or Covent Garden sign up!!! #ForeverAgainstAnimalTesting pic.twitter.com/POzlbnbZnX

The Onscreen married man as Lee Caster in “Easter Ends” dated a beautiful model in 2013.The couple was usually spotted together in parties and events.

Though the couple has never openly revealed their relationship, they never succeed to keep their affair secrets. In 2013,  The pair tweets and post pictures on Twitter calling themselves as girlfriend and boyfriend of each other. They usually share their romantic moments on their social sites.

Neither the news of their conflicts nor the rumors of their marriage has surfaced yet. They are focussing on their professional life rather than personal life. 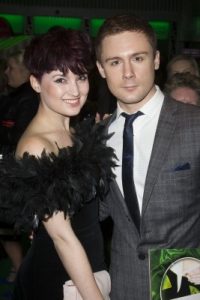 However, he is also rumoured to be gay as he is big supporter of LGBT community. His apperance in 2016’s pink Award also hit the mind of people to pursue him as a gay. But, there is no any factual information about his sexual orientation.

He had a girlfriend in past but whether he is currently dating someone or is single is yet to be confirmed by himself.

Danny Boy Hatchard is emerging actor and rising singing sensation who is successful to accumulate attractive salary from his professional career. He is highly recognised for the character Lee Charter in “Easter End” from which he earns name and fame along with good wealth that made him loaded persona of entertainment industry.

Absolutely in love with this little one 😍 #frenchbulldog pic.twitter.com/BC9RvqC1Y4

He has accumulated numerous fan and subsriber from his singing videos ,released on Youtube. The versatile personality, Hatchard has therefore collected estimated net worth more than a million.