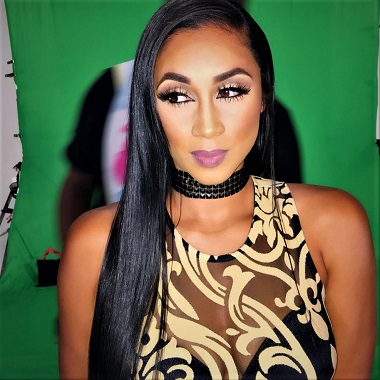 Darnell Nicole is a model, TV personality and actress, widely recognized for appearing as a cast member of the E! television series “WAGS Miami.” As of now, she has drawn over 190,000 followers on her Instagram account.

Darnell Nicole was born on March 18, 1985, in Lake Charles, Louisiana. Her parents separated while she was young. She relocated just over the Texas border to Beaumont when she was in the 3rd grade. During her early age, Darnell found her passion for the arts. Then, her parents put her in piano lessons, acting classes, and dance. She learned Jazz, Ballet, Modern, Lyrical Dance and Hip Hop. 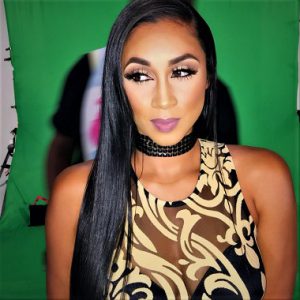 Young Darnell Nicole and her father during her middle school
Source: Instagram

Nicole attended the Clark Atlanta University. Moving to Atlanta throughout of high school was a major step coming from a small Texas town, but she soon adjusted and graduated four years later, earning a Bachelor of Science in English in 2007. Her first plan was to attend Emory Law, but during her senior year at Clark, a particular Creative Writing course would completely change her way.

Darnell Nicole began her career working as a choreographer for Atlanta-based play productions and very soon turned to writing and selling her own. She also began utilizing her years in acting class and booked multiple commercials and even a few movies including a lead role in Kiss the Bride along with Darren Henson, Reagan Gomez, and Persia White.

Nicole was out shopping with friends in Atlanta when she was approached by Georgia Bulldog Safety, Reshad Jones. They had a brief affair before Darnell moved to New York City to pursue an opportunity she couldn’t refuse. He would go on to get selected by the Miami Dolphins, and she would proceed to fulfill her dreams in NYC. She has also launched her websites and doing her work and business.

She is currently filming the reality documentary television series “Wags Miami” on E Network which was debuted on October 2, 2016, making it the first spin-off of WAGS. The reality show narrative both the professional and personal lives of several WAGs.

She appeared along with the stars such as Astrid Bavaresco; Vanessa Cole, the girlfriend of Mike Wallace, Ashley Nicole Roberts, the fiancee of Philip Wheeler; Claudia Sampedro, fiancee of Julius Peppers; Metisha Schaefer, the ex-girlfriend of Larry English; and Hencha Voigt. On May 4, 2017, it was declared the second season would premiere on June 29, 2017

The 5′ 9″ star, Darnell Nicole got engaged to her long- time boyfriend, Reshad Jones on April 5, 2016. They stayed in livening relationship for few years and blessed with a baby daughter named, Carson Cree Jones on September 13, 2013. The two met when Nicole was with her friends in Atlanta; Jones approached Darnell. 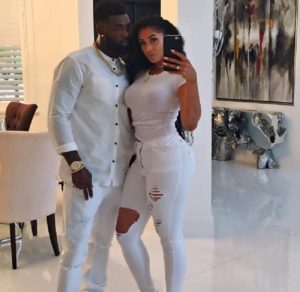 The couple had fancied the romance before Darnell moved to New York City. Jones would go on to get drafted by the Miami Dolphins, while Nicole would continue to fulfill her dreams in NYC at the same time. However, the football player Reshad Jones and Nicole got separated in late 2016. The couple has not disclosed the reason behind the split, but Nicole seems to be heartbroken but the separation. And now she is focusing on her career being a single mother.

Darnell Nicole holds an American nationality and belongs to mixed ethnicity of African-American. She surely earns an attractive salary from her modeling, acting career which adds up her current net worth of $250,000. Most of her income source mostly hails from her shows, films, and her clothing house too. She is active on social networking sites where she has posted her photos.