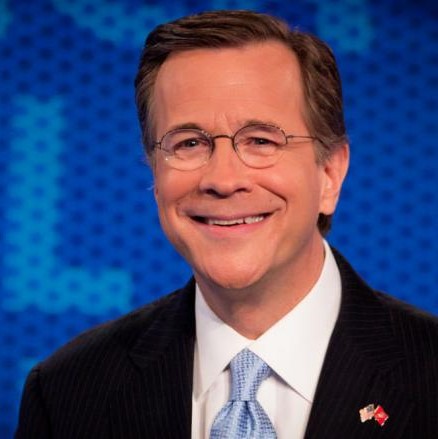 David Asman is a television news anchor for the Fox Bussiness Network for Fox News Channel. He hosts Forbes on Fox and many other Fox News Special. Previously, he hosts Fox News Live weekdays prior to joining Fox News Channel’s  documentary segment.

David Asman was born in 1954 in Hollis, New York to Nancy Johnston (mother) and Robert W. Asman (father), who served in the U.S. Navy during World War II. Asman grew up and attended high school in Washington, D.C with singer, Jimmy Thackery, at the same school.

He then enrolled at Marlboro College, in Marlboro, Vermont, United States. He graduated from Northwestern University, a private research institute.

In 1978, David was hired as an assistant editor at the Prospect, where he later became the executive editor in 1979. In  1980, George Gilder, a writer, and co-founder of the Discovery Institute hired him to start an economic journal at Manhattan Institue. 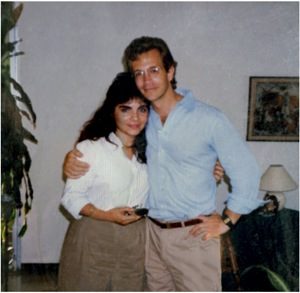 A throwback of young David Asman and his wife, Marta
Source: Pinterest

David Asman joined Fox News Channel (FNC) in 1997 and currently host the Forbes on Fox, a half-hour informative program on business. Asman is additionally an anchor on FOX Business Network, where he co-host After the Bell alongside anchor Liz Claman.

At FNC, Asman has filled in as a weekday anchor for Fox News Live. In 2005, he was named the leader of FNC’s documentary unit where he hosted a series of investigative special, including Global Warming: The Debate Continues and U.N. Blood Money, a series where they break down the oil for food controversy. 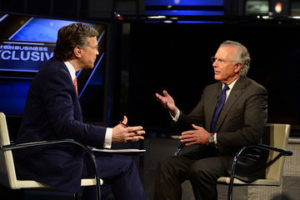 Before joining FNC, Asman worked for Wall Street Journals as its editorial page editor, starting in 1995. He joined the newspaper in 1983 as an editorial writer, where he edited the Manager’s journals and the Americas column. In 1994, Asman became the senior editor for the journals’ editorial page, where his job expands with administrative responsibilities.

He won the 1986 Inter-American Press Association’s (IAPA) Tom Wallace Award for his coverage of Latin America in the Americas column. Asman is also the editor of the book, The Wall Street Journal on Management: Adding Value Through Synergy. In addition, he received the IAPA’s 1992 and 1995 Daily Cleaner Award for his articles on free trade and Cuba and Mexico’s economy respectively.

As a television news anchor, he has also interviewed many politicians, newsmakers, and business leaders such as Sarah, Barry Diller, Steve Forbes, Pat Robertson, Donald Trump, etc. Asman also has written many articles for the Wall Street Journal and other publications, including an article about his Marine stepson, and about his wife’s stroke and their experiences with British Health Care.

David Asman is a married man and is hitched to a British woman, Marta Cecilia, a native of Nicaragua of Latin descent. Asman met his wife, Marta in Managua at a dinner party when he was covering politics and economics of Central America. After 4 years of being together, they married on 15 February 1989. The couple has one daughter named Kristiana Asman(born – July 18, 1992). 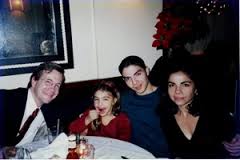 Asman has a step son named Felipe, who served in the U.S. Marine Corps during the war in Iraq. Asman has also written an article about his  Marine stepson which was appreciated a lot by the readers.

Asman, who is a Messianic Jewish has an estimated net worth of $1 million.