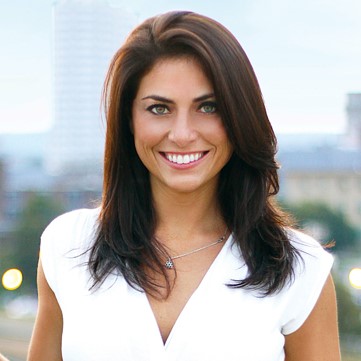 Jenny Dell is an American sports reporter, well known for being a sideline reporter for the NFL on CBS. She previously worked as a reporter for NESN, where she has covered Boston Red Sox baseball.

Jennifer Dell was born on 26 July 1986 in Connecticut, United States. She grew up in Southbury, Connecticut watching New York team. Dell attended the University of Massachusetts in Amherst, Massachusetts and graduated with hospitality and tourism management. She started following the Red Sox during the fresh year, as she was a great fan of the team. 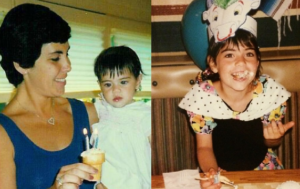 A Throwback of Young Jenny Dell with her mother
Source: Instagram/Jenny Dell

Jenny started her journalism career at ESPN in January 2008, where she spent four years working in the production department, creating video packages and featuring for the MLB, NFL, NBA, WNBA, X GAMES, IndyCar, NASCAR and many other college basketball programs. After working at ESPN for six months, she worked on several projects for ESPN such as Countdown Daily, filming weekly AccuScore and IBM-sponsored segments for the NFL season. Jenny has covered Super Bowl XLIV and XLV and hosted various red carpet events interviewing many athletes and celebrities, which led to her opportunity at NESN.

Jenny became a part of NESN on February 2012 as a Red Sox reporter. Her role reporting the Red Sox ended in January after Middlebrooks tweeted a New Year’s photo of the couple, confirming what most suspected (they were engaged in July), and she eased into a reduced role with NESN until a mutual split at the end of May. Dell was removed from the job after publicly announcing that she was dating third baseman, Will Middlebrooks. She had worked at NESN for two years.

“My whole idea of what a sideline reporter is supposed to be the eyes and ears on the field – something the camera can’t catch or the guys on the field can’t see. I think it’s more than doing injury updates and storylines here and there, but to have access to someone that’s right down there on the sidelines in the middle of everything is a huge benefit.”

Jenny Dell married her boyfriend, Will Middlebrooks on 14 February 2016 at Scottsdale, Arizona. Their wedding ceremony was attended by England Patriots quarterback Ryan Mallet. Her husband, Will is an American professional baseball player. Jenny looked stunning in sexy and fitted ball gown whereas Will looked absolutely handsome as a groom. They were a sporty pair enjoying a fairytale wedding. Regarding the wedding gown, Jenny said-“Until I tried on the ball gown princess’ wedding dress, that was the first time — you know, Everyone got tears in their eyes, and I felt like a bride for the first time.’’ The couple met when she was working for the Boston Red Sox. After dating a few months the two were engaged.

Regarding the wedding gown, Jenny said-“Until I tried on the ball gown princess’ wedding dress, that was the first time — you know, Everyone got tears in their eyes, and I felt like a bride for the first time.’’ The couple met when she was working for the Boston Red Sox. After dating a few months the two were engaged. 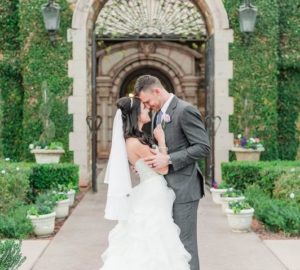 Jenny Della and Will Middlebrooks at their wedding in Arizona. Courtesy.
Source: Boston.com

From the beginning, they were rumored to be in a relationship, however, the rumors about their affair came to be true when they went public with their relationship on New Year’s Eve 2013. Will share their photo on his Twitter account.

Jenny earns an attractive salary from her journalism career, however, her net worth not revealed yet. But her husband’s net worth is estimated to be $700 thousand. She is also active on social networking sites like Facebook and Twitter.