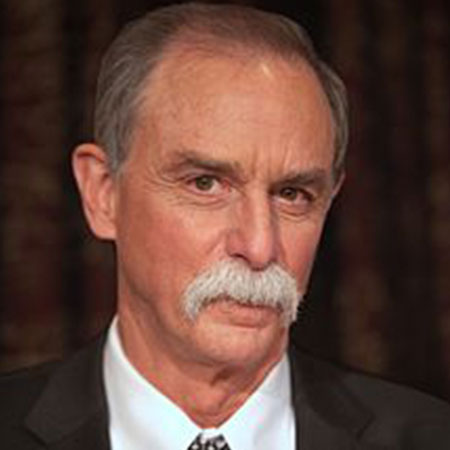 Famous for contributing the advances in optics, specifically laser cooling trapped ions and using ions for quantum computing operations, David J. Wineland is a Nobel-laureate physicist at the National Institute of Standards and Technology (NIST).

As per his personal life, Wineland is married and blessed with two children with his wife. Furthermore, his net worth in 2019 is estimated at $1 million.

Wineland has an estimated net worth around $1 million in 2019. However, his annual income is yet to be disclosed. Also, there is no information about real estate properties and cars owned by him.

Wineland married Sedna Quimby Wineland and both are blessed with two sons. His wife’s father, George I. Quimby (1913- 2003) is famous archaeologist and anthropologist, who served as the professor of Anthropology at the University of Washington and the Director of the Thomas Burke Memorial Washington State Museum.

David Jeffrey Wineland was born on 24 February 1944, in Milwaukee, Wisconsin, USA. He briefly lived in Denver until his family moved to Sacramento, California at the age of three and spends most of his childhood here.

In Sacramento, Wineland attended Encina High School and graduated in 1961. He then attended the University of California, Berkeley, from which he received his bachelor’s degree in Physics in 1965. David went on to do his master’s degree and doctoral degree at Harvard University.

In 1970, he completed his P.hd and his thesis was entitled “The Atomic Deuterium Master”, which was supervised by Norman Foster Ramsey, Jr.

Wineland did his postdoctoral work in Hans Dehmelt’s group at the University of Washington where he researched about the electron in ion traps. He joined the National Bureau of Standards (Now known as NIST) in 1975 and started the ion storage, group. Later, at the University of Colorado at Boulder, he was on the physics faculty.

His group has demonstrated optical techniques for preparing the ground, entangled and superposition states. His work has led to advances in atomic clocks, quantum information, and spectroscopy. He has also created his first single atom quantum logic gate in 1995. In 2004, he became first to quantum teleport information in massive particles.