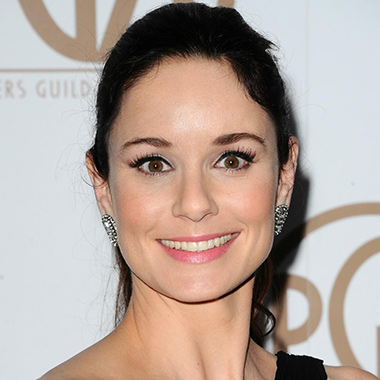 Sarah Anne Wayne Callies is an emerging talented American actress who is best known for playing Sara Tancredi in ‘Prison Break’ and as Lori Grimes in ‘The Walking Dead’. She is also famous for portraying Katie Bowman on the USA Networks’s ‘Colony’.

Sarah Wayne Callies was born on 1 June 1977, in La Grange, Illinois, the United States to an educator parents. Her mother, Valerie Wayne is an English Professor  while her father, David E. Callies is a law professor both at the University of Hawaii, Manoa. Sarah moved to Hawaii with her family when she was just a toddler. She developed an interest in acting since she was a child and has participated in various schools plays.

Callies attended and graduated her high school from Dartmouth College in Hanover, New Hampshire. During her general studies, she continued to  involve in the theatre and later after graduation she joined Denver’s National Theatre Conservatory. She graduated from there in 2002 holding Master of Fine Arts degree.

In 2003, Sarah Callies moved to New York in pursuit of her dream and started her professional acting career on television when she earned a recurring role on the CBS show ‘Queens Supreme’ as Kate O’Malley. She received her first starring role on the WB’s ‘Tarzan’ as Detective Jane Porter. Since then she appeared in several movies and had made guest appearances on various episodes of ‘NUMB3RS’ and ‘Law & Order: Special Victims Unit and Dragnet’.

Callies big break came when she earned the opportunity of play as Sara Tancredi opposite Wentworth Miller on Fox’s globally hit series ‘Prison Break’. She played the role from 2005 till 2009. She didn’t continue further although she wished to because the character was written out of the line to her contract. In the end of 2007, Callies spoke through TV Guide about the situation and said: “As hard as we all tried, the Prison Break powers that be and I were unable to find a way to meet both the needs of the story and the needs of my family. We parted wishing each other well. I had a wonderful time working with the creative team and have a world of respect for all of them; they took great care of Sara. I’m also enormously grateful to the fans. They’ve been so gracious and supportive, and I hope they continue to enjoy the show.”

However, in March 2008, the executive producer of ‘Prison Break’, Matt Olmstead announced that Callies will be joining the series for its fourth season. Although she was dead in the previous season, Olmstead said that there is a way that the character can come back to live again.

Callies’ biggest role came in 2010 when she was offered to play the main character as Lori Grimes on the AMC’s hit horror/drama show called ‘The Walking Dead’. The series is a comic-book-based on the same name and Callies was cast from its start till the end of season three.

Callies has also starred in two films including Stewart Hendler’s horror film ‘Whisper’ and Armand Mastroianni’s independent film ‘The Celestine Prophecy’. In April 2010, she made an appearance on Fox television medical drama ‘House’ (also known as House M.D.). Sarah also starred in the Nigerian movie ‘Black Gold’ and played the female lead role in the Canadian thriller film ‘Faces in the Crowd’.

Sarah Wayne Callies is married to her long-time boyfriend Josh Winterhalt on 21 July 2002. They both met each other when they were a student at Dartmouth College. Her husband is a martial art teacher. On 23 January 2007, the couple announced that they were first expecting their first child. She gave birth to her first daughter named Keala Winterhalt in July 2007 and later have a son.

Callies’ successful career has earned her a net worth of $2 million dollars and gets a lucrative amount of salary mostly from her acting and commercials.

In 2011, she earned two nominations for ‘The Walking Dead’ on Saturn Awards and won the Satellite Awards’ Best Cast- Television Series in 2012. In 2008, Maxim magazine voted her as The Hottest Women of Fall TV.