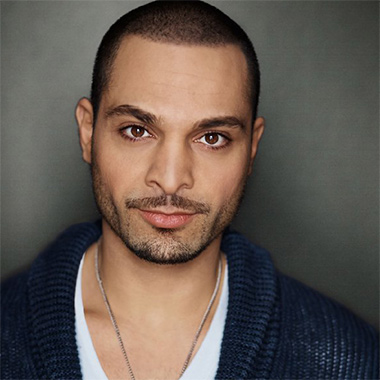 Michael Mando is a diversely talented Canadian film and television actor, who is famous for portraying Victor “Vic” Schmidt in the sci-fi thriller television series ‘Orphan Black’ and his work as one of the main antagonist in the video game ‘Far Cry 3’. Presently, he is cast as Ignacio Varga in ‘Better Call Saul’ on AMC.

Born on 13 July 1981 in Quebec City, Quebec, Canada, Mando was raised by a single father along with his two brothers. He is the middle of three siblings and as a child, his family travels a lot in search of a living. Before his mid-twenties, the family has lived in 10 cities, 4 continents and more than 37 different houses. Although French is his native language he is bilingual and can speak both English and Spanish fluently.

Before diving into acting he has a keen interest in sports and wanted to be an athlete or a writer but change his mind after he injured his knee. He then continued to pursue general education and studied a number of different fields, including International Relations at the University of Montreal in Quebec. Later in 2004, he decided to study acting and enrolled himself at Dawson College’s The Dome Theater Program. This was the time he discovered his ability in performing and right away he was offered to play the lead role in all five productions at the program, though he had no prior experience. Upon his graduation in 2007, the Chairman of the program proudly describe Mando as “one of the finest talents to emerge from the program in the past 25 years”.

RISE TO THE WORLD OF ENTERTAINMENT

Since then he started playing in a professional theater production in which two of his character awarded for his performance. Around 2008-09, he founded his own production firm named Red Barlo Production and in 2010, the company’s first film ‘Conditional Affection’ was released for which Mando is the writer, director and lead actor. His film made a huge success and was selected to Bare Bones, Fantasia,

Simultaneously he started appearing on television portraying different characters. He was cast in the episodes of CTV’s police crime drama ‘The Bridge’ and also guest star in the medical drama series ‘Bloodletting and Miraculous Cures’. He also has a small role in ‘The Border’ and in the sci-fi series ‘Lost Girl’.

Mando mostly collaborates with directors Eric Canuel and John Fawcett as well as producer David Barlow. In 2012, he booked a starring role in the feature film Territories. In 2011, he has regularly cast in Les Bleus de Ramville and a guest appearance on the series King. In 2012, he provided his voice for the video game ‘Far Cry 3’ and subsequently starred in its web series titled “The Far Cry”.

Experience” as Vaas. In 2012, Mando made an appearance in the first season of the sci-fi television series ‘Orphan Black’, which was first aired in 2013. He played Vic, an abusive drug-dealer and was nominated for a Canadian Screen Award for his work on the series. He reprised his role of Vic in the second season. In 2014, Mando joined the cast of Better Call Saul, the Breaking Bad spin-off, portraying Nacho, a Spanish-speaking career criminal.

Michael Mando who is the record-breaking actor used to play football, ice hockey, soccer, and basketball during his teens. According to his public profile, he is not yet married and currently lives a single life. Some people rumored that he has a girlfriend in the industry and rumor also exist about his sexual orientation that he is gay. But so far, he has not responded to any of this rumor. His net worth is estimated to be $2.4 million dollars with a huge amount of salary mostly from his acting and his production firm where is the Artistic Director.