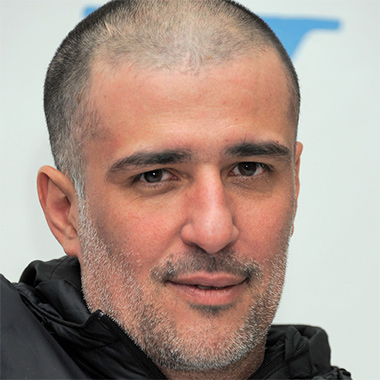 Antonio Pinto is a well-known award-winning Brazilian film score composer. He is known for composing the theme song of an American action-crime series Jonny Zero. He has written many songs; some of his famous works are ‘Behind the Sun’, ‘City of Men’, ‘Get the Gringo’, ‘Amy’, ‘Self/less’ and much much more.

BORN TO AN ARTISTIC FAMILY

Pinto was born Antonio Alves Pinto in the city of Rio de Janeiro, Brazil in the year 1967. His father, Ziraldo Alves Pinto is a famous cartoonist and his mother’s name is Vilma Gontijo. He has two singlings, older brother Daniela Thomas, who is a famous film-maker, and younger brother Fabrizia Alves Pinto, a film director. In addition, he is the first cousin of film actor Fernando Alves Pinto. Growing up in a creative family he has developed an interest in artistic works from a very young age. It is believed that he is a well-educated person but his educational background is not much known.

Antonio Pinto is also the composer of City of Men (TV series), City of God and Nina. His latest works are The Host in the year 2013, Trash in 2014 and Self/less in 2015. Antonio Pinto help produced the famous dancer and singer Shakira on the 2008’s Love in the Time of Cholera’s song ‘Despedida’ (meaning- Farewell).Pinto once appeared as an actor in Eric Eason’s independent film ‘Journey to the End of the Night’ in 2006.

Antonio Pinto has been honored with many awards including the World Soundtrack Award, ASCAP Award, and was nominated at the 65th Golden Globe Awards in the category ‘Best Original Song’ for the song ‘Despedida’ with Shakira.

Antonio Pinto is a married man but his wife’s identity is not revealed. He has managed to keep his private life away from the media and fans, in spite of their attention. His imaginative original work has made him an idol for many individuals who thrive to follow in the same industry. So far, his net worth and salary are not yet disclosed by any media.