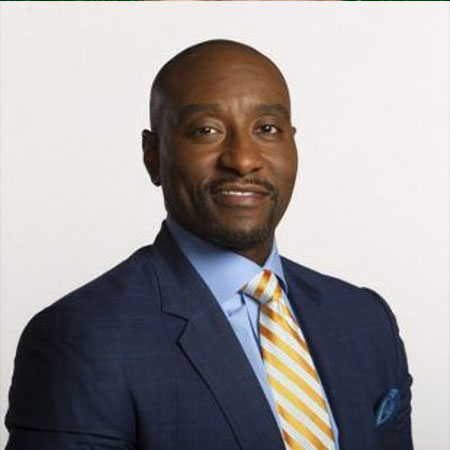 Daymeon Fishback is an American college basketball analyst who has been working for SEC Network.

Daymeon Fishback has a graduate degree in International business from Auburn University. He graduated from the university in 2000. In 1996, he was honored as Kentucky’s Mr. Basketball for his excellent high school career.

Amid his university days, he represented Auburn basketball team in various tournaments. He was likewise named to the SEC All-Academic Team with average 7.2 points per game. Moreover, he was placed in 5th position in all-time 3 pointers.

During his professional playing career, he has also played professionally in Italy, Yugoslavia, and France.

He has always been a source of courage and hope for the team members. In 2000, one of the big players of Tigers, Cotter, was suspended from the match after he was found guilty of taking $2,500 from a sports agent. Tigers then lost all the three regular season games after Porter’s suspension. Fishback commented on the story.

“We really have a lot more to play for than Chris Porter, we had a lot of expectations on us that we didn’t fulfill, we felt we haven’t played the best we can at all this season, and we had some things that we still wanted to do.”

Fishback enjoyed an immense experience of working in the financial services sector for more than a decade. But having spent many years of his youth as a basketball player, he could not keep himself far from the court for a long time, which led him to start his career as a color analyst. Daymeon spent several years as a color analyst at Fox Sports South.

He has also served Auburn Network as a color analyst. In 2004, he joined ESPN and since then he has been working as an SEC Network game analyst. Presently, he can be seen tossing remarks on big basketball matches.