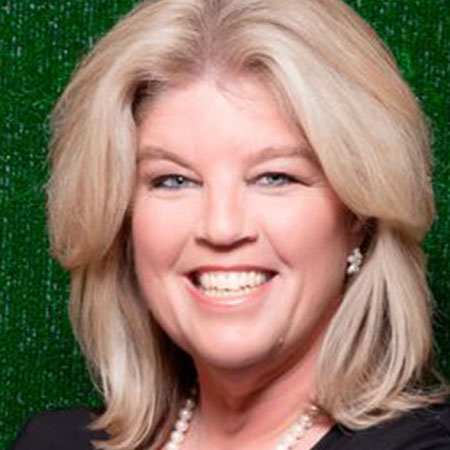 Christine Driessen is a well-known personality in the field of finance and has been functioning as a chief financial officer at ESPN.

Born and raised in the United States, Christine completed her high school education from her hometown. She attended Fordham University and graduated with a Bachelor of Science degree in accounting. Upon graduation, she worked for various organizations and uplifted her experience level.

Having an interest in finance, sports and stories of revolutionary people, she sought such type of career where she could combine all of the three interests.

She started her career in ESPN in August 1985 as a controller. Later, she became vice president of  Finance and Planning in 1990. Being one of the dedicated finance officers, she kept climbing the ladder of success and became senior vice president. Later in 1994, she was promoted to the position of executive president.

At ESPN, Driessen is considered as one of the key staff of finance department. With her rich expertise in finance, she has been looking after ESPN’s financial operation worldwide. Plus, she is additionally responsible for implementing and monitoring strategic planning for acquisitions, new business and programming launching.

Currently, she works at ESPN’s headquarters in Bristol, Connecticut. She has played a significant role in ESPN’s major deals such as multimedia programming right deal with SEC and other right deals with  Major League Baseball, Monday Night Football, the Big 12 and US open tennis.

She has also facilitated ESPN’s broadband Internet strategy, including the mobile and WatchESPN businesses. With her visible contribution in finance and accounting department of ESPN, she has been able to demonstrate herself as an asset to ESPN. Similarly, she played a key role in recent Charter and AT & T U-Verse omnibus distribution, Cox Communications and Time Warner deals. During her tenure, she has been able to bring foreign investment in ESPN and is responsible for launching ESPN2, ESPNEWS, ESPN Deportes and ESPNU.

During her tenure, she has also been able to bring foreign investment in ESPN and was responsible for launching ESPN2, ESPNEWS, ESPN Deportes and ESPNU.

Currently, she is considered as one of the highly experienced and qualified financial officers at ESPN.  She has been awarded numerous reputed awards such as “Woman of the Year” award in 2014, “Women of Distinction” award given by Women in Sports and Events (WISE) in 2014 was named a “Wonder Woman” by Multichannel News in 2006. Similarly, she was also selected as a “Woman of Impact” by Variety in 2010.

In 2006, she was honored by WISE as one of the “WISE Women of the Year” and “Wonder Woman” by Multichannel News. As one of the notable alumni, she has added brand value to Fordham University, for which she was honored with “Distinguished Alumna Award” in 2004.

Her ESPN bio suggests that she is married with two children.