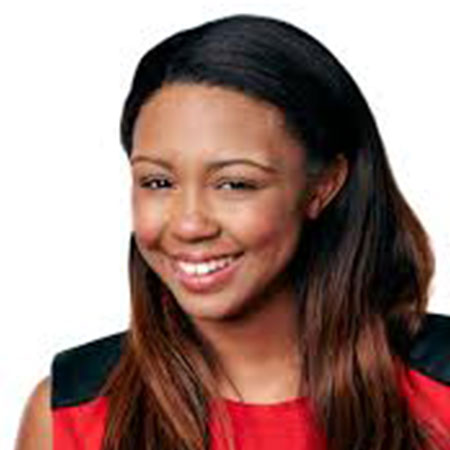 “It’s a matter of not being bitter about the situation, where people fail is they get so bitter about going home that they forget this is their platform, and they should use it.”

American Idol: Try Until You Die

Born on June 27, 1995, Sarin started singing as a child. Having a keen interest in music and singing, she registered in American Idol for four times. She progressed through the audition round in all the four seasons she participated. Her fans relate to her American Idol participations as, “Sarin-Joi Crowe’s American Idol legacy.”

Despite failing three times before in the same competition, she never gave up and always believed on herself. Even on the fourth attempt, she came up with the same level of excitement and confidence.

Making her 4th attempt, she appeared on the audition in Nashville, Tennessee in Season 14, and sang the song “Love Runs Out.” After listening to her, all the judges mutually agreed to hand her the ticket recognizing her as an exceptional singer.

In the first round, she appeared on the stage with an unknown song. In Hollywood Round Part 2, she could awe judges performing “Grenade” by Bruno Mars. During the Showcase week, she reached to Top 24 after performing “‘Big White Room” by Jessie.

Later, she came up with the song of Jessie J’s “Mamma Knows Best “, which helped her to reach the Top 16. In the Motown-themed Top 16 round, she picked up “You’ve  Really Got a Hold on Me” by The Miracles for her performance.

With the impressive Top 16  performance, she was able to get into Top 12. The competition got more competitive and tough when it reached the Top 12 round.

In the Back to the Start themed Top 12 round,  she reprised her audition song  “Loves Runs Out” by OneRepublic, which became her last performance of American Idol Season 14. She befell as the first contestant from Top 16 to be eliminated. Still, it was her best American Idol streak.

Following her Season 13 American Idol exist, she released her pop-love single “Hold On Me”.  Similarly, she performed as a backup vocalist for the American Idol season 12 victor Candice Glover in BET Awards.

In the era of autotune, Sarina has been able to make a huge impact in the industry with her natural voice. In an interview, she has announced that she is working on her new seven songs EP, which is to be released soon.