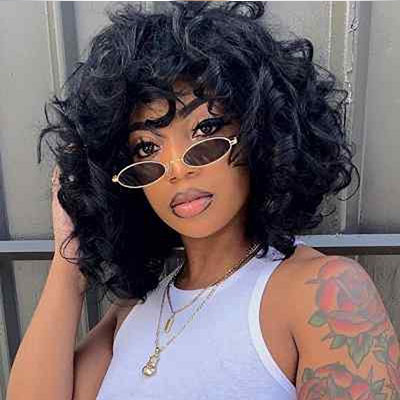 An American YouTuber, as well as an Instagram model De’arra Taylor, is best known for her YouTube channel ‘De’arra & Ken 4 Life’. Taylor created her YouTube channel in 2014 in a collaboration with her boyfriend Ken Walker. She often shares short movies which are related to lifestyle, fashion, challenges, and pranks.

As of 2019, Taylor has an estimated net worth of $2.5 million. She is currently in a relationship with her long-term boyfriend Ken Walker. The duo met each other for the first time in Chipotle and they seem to be strongly bounded.

As of 2019, De’arra Taylor, as a popular YouTuber and Instagram model has an estimated net worth of $2.5 million. No doubt, Taylor surely earns a good sum of money. To date, she has shared numerous videos on her both YouTube channel and most of them have millions of views.

Further, Taylor spends her life lavishly and owns several luxurious possessions. In addition, she wears branded clothes, shoes, jewelry and accessories. She and her boyfriend own a stunning SUV and other luxury cars such as Tesla.

De’arra Taylor was born on 17th April 1996, in Tennessee, United States. Taylor belongs to American nationality and holds African-American ethnicity. She grew up along with her sister Zaria Mosley who is also a social media personality.

However, Taylor hasn’t revealed any information about her parents and education background. Since her young age, Taylor had a keen interest in fashion and modeling.

In 2014, De’arra Taylor began her YouTube career. Taylor created a YouTube channel named De’arra & Ken 4 Life in a collaboration with her boyfriend Ken. Since then, they began sharing videos which are related to their lifestyle, love life, challenges, fashion, and pranks.

You may like: Famous YouTuber Tanner Braungardt professional career!

Most of their videos have over millions of views. One of their video “I Broke Up With De’arra” has successfully crossed over 21 million views. Likewise, Dead Girlfriend Prank, Lick My Body Challenge, I’m Pregnant, Never Have I Ever, Crazy Black Fire Snake Experiment are some of their popular videos.

Moreover, Taylor and Ken further have another YouTube channel named Vlog by DK4L where they share videos about their daily life of togetherness. Besides this, Taylor is also an Instagram model. She often shares pictures related to fashion.

The 22-year-old popular YouTuber, as well as the Instagram model, De’arra Taylor, is not married yet. However, she is in a relationship with her long-term boyfriend Ken Walker. The duo is dating for a long and is still together.

The duo met each other for the first time in Chipotle. The couple often shares adorable pictures on their Instagram. Furthermore, they also share videos about their daily life of togetherness. Moreover, they also appear together on the public.

Seeing these all, it seems that the couple is in a serious relationship. Although the couple is dating since long, none of them has mentioned any information about getting engaged or married. Besides this, Taylor hasn’t been in any relationships in her past days.