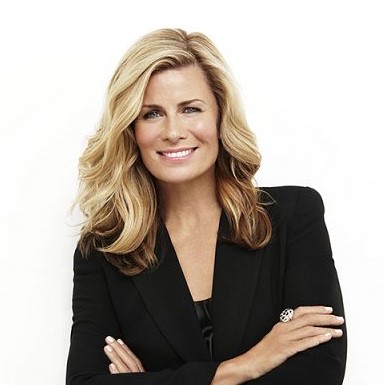 Deborah Hutton is one of Australia’s most acknowledged and respected media personalities, who is best-known figures in Australia with an extensive television career hosting programs. She has hosted a number of shows such as Looking Good, Location Location, Amazing Homes & Celebrity Overhaul for the Nine network, as well as being an editor of the Australian Women’s Weekly for over 10 years.

Deborah Hutton was born on 20 December 1961, in England and moved to Australia along with her family at a young age. Before settling in Australia, she and her mother visited from Queensland to New Guinea. 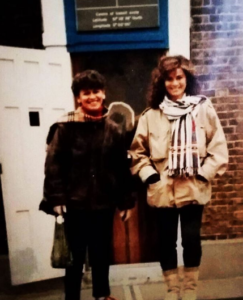 A throwback of Young Deborah Hutton(right) and her mother in Greenwich, UK in 1982
Source: Instagram/Deborah Hutton

At the age of 16, she first appeared on Cosmopolitan which is Australian Magazine on the front page with her photo in 1982. She began her career since then and now she has become one of the best-known and recognisable personalities of Australia. 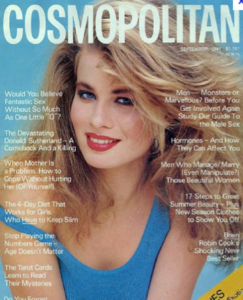 Deborah Hutton on the cover of Cosmopolitan
Source: Mamamia

Her modeling career began while she was still at school and led to top international contracts in Germany, Italy and New York, where she worked with the world’s top models and photographers. She is the founder and the designer of company “Deborah Hutton Living.”

She has hosted series “Looking Good” on June 1994, which was most popular show at that time with 2 million listeners. In 1995, Hutton turned to host ‘Looking Good’ again. Deborah has become one of the most recognisable and best-known personalities in Australia with an inclusive television career hosting programs such as Location Location, Amazing Homes & Celebrity Overhaul for the Nine network.

Deborah moved to Foxtel hosting shows for the popular BIO Channel in 2011. Hutton was the presenter of the Foxtel Movie Show from November 2012 to 2015. On September 2015, Foxtel Arts originated a new monthly art show called “Event” hosted by Hutton, which was filmed in the Foxtel studios.

Deborah also became an editor for the Australian Women’s Weekly. She began with the beauty pages and then went on to become the Fashion Editor and then an Editor-at-large for Home and represented the magazine nationally on television.

Deborah became the brand ambassador for Olay Regenerist and also created her own brand of eyewear ‘Deborah Hutton Optical’. Deborah Hutton is an ambassador of the Australian Women Chamber of Commerce and Industry (AWCCI) and sits on the AWCCI Advisory Board. She was also the spokesperson for the ‘Living at Hyatt’ development at the Hyatt Coolum on the Sunshine Coast.

In 2015, Deborah pursuing her passion for cooking and entertaining wrote two cookbooks named ‘Entertaining Made Easy by Deborah Hutton’ and ‘My Love Affair with Food’. In 2011 Deborah propelled her own digital media community named “Balance by Deborah Hutton”. Each week she presents a range of video interviews that tells the stories of women from around the world.

She went into surgery due to skin cancer. She noticed the tiny stubborn red mark she thought was a pimple. As she has become a victim of cancer, she has been helping others to cope with such kind of problems. She also works and acts as a brand ambassador for Best Buddies Australia, the National Breast cancer Foundation, and the Olivia Newton-John cancer and Wellness Center.

Her brother, David died due to cancer. Deborah Hutton’s marital status is still unknown to us, however, some wiki sites mentioned that she had a past romantic relationship with Harry M. Miller. After that, she dated hockey player, Roche. Deborah, who is allegedly gay has been rumored to be dating Australian journalist Tracy Grimshaw.

Being a media personality, she is earning a handsome salary from her career however she has not revealed yet on social sites.Hutton holds a mixed nationality of English and Australian and belongs to white ethnicity. She is also active on social networking sites.