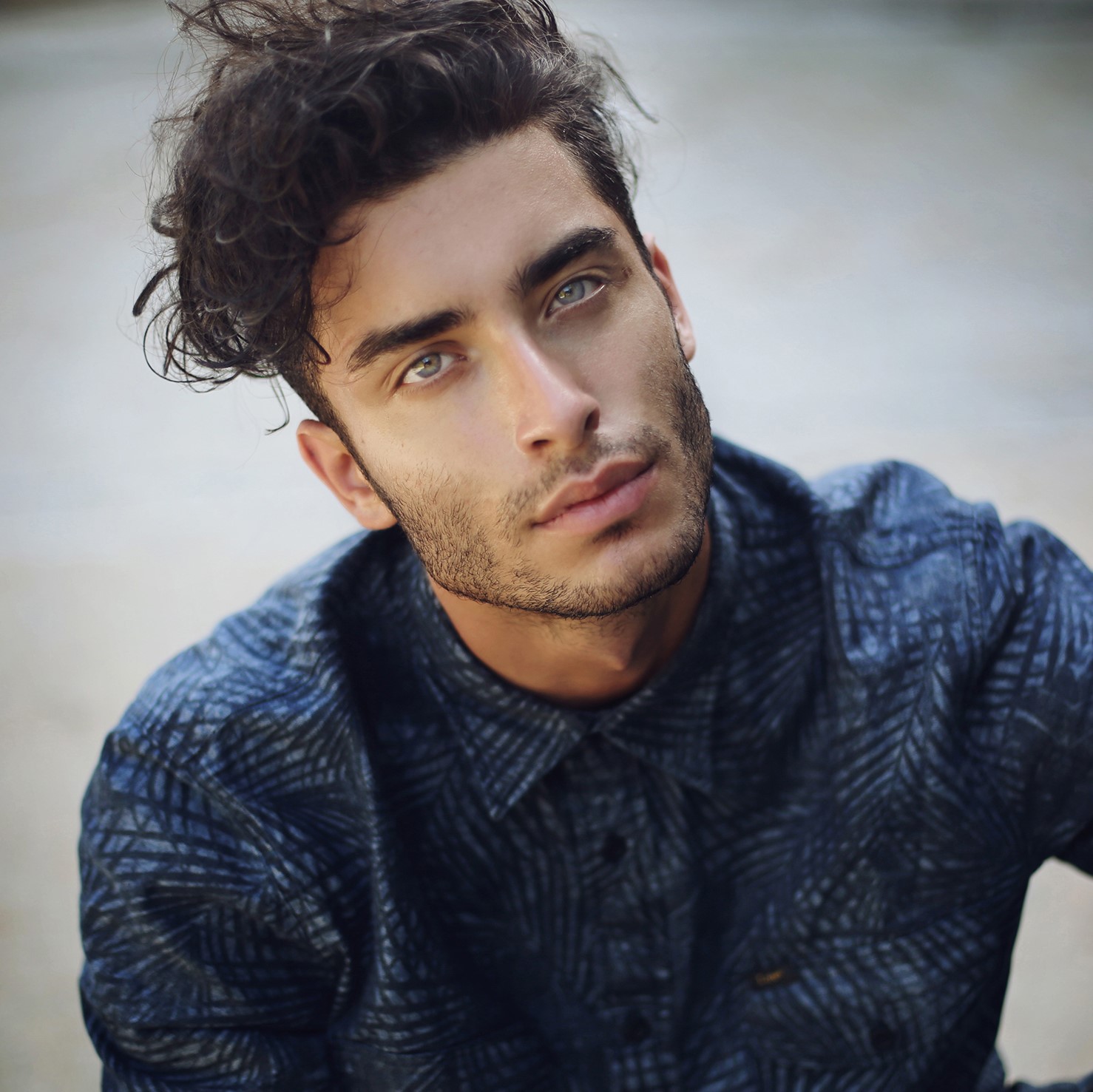 Toni Mahfud is a German artist, photographer, and model who has established himself on the photo-sharing social media site, Instagram with over 2.8 million followers.

He has partnered with various popular and successful brands like Tommy Hilfiger, Adidas, Nike, to name a few.

Toni Mahfud was born on 2nd December 1994, in Hamburg, Germany, to middle-eastern Syrian parents. He is of German nationality and has Syrian ethnic background. He has a brother.

Mahfud started developing an interest in arts since he was just a little kid of 4 years, doodling around. Mahfud, who never went to an art school began with an Anime character and later started working on realistic arts.

He started uploading his content online since 2011, and by April 2017 he had over 1.7 million likes on Facebook. He also has a YouTube channel but does not use often. Mahfud’s videos in two years feature speed drawings of Channing Tatum and Maleficent as well as a speed painting video.

Toni Mahfud has a brand partnership with Gillette, Tommy Hilfiger, Edited, Daniel Wellington, and OnePiece. He also endorsed with Adidas, Tigha, Filling Pieces, Nike, ALLSAINTS, G-Star RAW. He has walked on the red carpet for the Tommy Hilfiger brand.

In the world of Online Marketing, many advertisers are looking for opportunities to collaborate with social media star in an influencer jungle of internet. With such reason, HORIZONT Online and InfluencerDB launched a series “3 Influencers to watch” a year ago, in which Toni Mahfud, was included along with other two Instagrammer Jennifer Paro and Vickarellaaa.

The hot and sexy Instagram sensational Star, Toni Mahfud is a private person and has no record of public love affairs such as girlfriend nor wife. The bottom line is, the creative artist and model are not ready to reveal any information about his romantic love life.

Toni Mahfud has already made a name for himself: as a model, artist, blogger and even as an illustrator. As a result, he is believed to have millions in net worth. Meanwhile, the competition on the platform is high, as there are several successful Instagram accounts.

Instagram is generally a very visual medium. So it counts quality and not quantity: “I personally make my photos almost exclusively with my SLR camera. Except for a few self-help … “Toni said in an interview with GQ Magazine.”

In addition, I make sure that the images always fit in color with my feed. The site should work harmoniously. You should also pay attention to this as a “beginner.” “If potential followers look at the account, a well-managed site is consistent with the overall picture.

“I would recommend a” beginner” to post a picture every day, and there are people who do it several times a day, but that can quickly be felt annoying by the subscribers …” Toni tells us. “In my opinion, however, I do not necessarily have to post anything from a certain number of followers every day.”

Toni Mahfud, as he says in an interview, also has certain times when he posts something. It can take a few hours … Why? Because this also includes the editing of the image, which should fit colorfully to the feed, as well as the writing of a suitable comment under the picture.