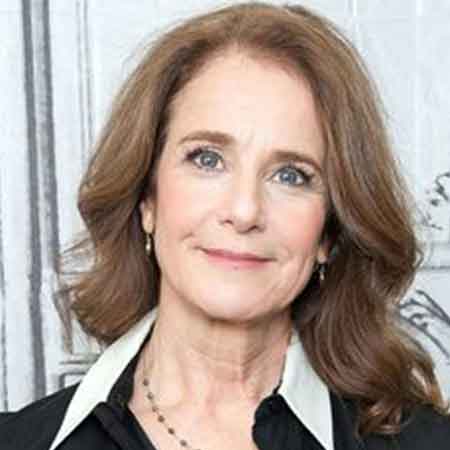 Debra Winger is an American actress better known for her role in movies like Shadowlands, A Dangerous Woman, etc. The winger is married twice and has two children from her relationships.

Actress Winger was first married to Timothy Hutton and had a son but the couple later divorced. Winger currently lives with her husband Arliss Howard and has a son.  For her role in the movie Terms of Endearment, Winger won National Society of Film Critics Award for Best Actress.

Debra Winger was born on 16th May 1955, in Cleveland Heights, Ohio, United States. Her father Robert Winger was a meat packer and mother Ruth  Winger an office manager. She grew up along with her sister Marla Winger and brother Marc Winger.

Winger belongs to an American nationality. She completed her graduation from James Monroe High School.

Debra Winger made her acting debut through the movie Slumber Party ’57 playing the role of Debbie in 1976. Winger played the role of Sissy in 1980 movie Urban Cowboy. Her other notable movie roles are in Shadowlands, A Dangerous Woman etc.

Similarly, Winger portrayed the role of Drusilla (Wonder Girl) in the series Wonder Woman from 1976–77. Since 2016, Winger plays the role of Maggie Bennett in the series The Ranch alongside Elisha Cuthbert, Ashton Kutcher, and others.

Debra Winger is married twice and has two children from her marital relationships. Winger was first married to an actor Timothy Hutton. The pair tied the knot on 16th March 1986. From their relationship, the couple had a son named Noah Hutton.

Even being the parents of a child, Winger and her husband Timothy failed to continue their relationship and ended up with a divorce on 1st March 1990. Winger met her second husband Arliss Howard on the set of movie Wilder Napalm.

Winger married her second husband on 28th November 1996. After a year of their wedding in 1997, the lovebirds welcomed their son Gideon Babe Ruth Howard. The husband and wife are together since their wedding and are living happily with their kids.

So far, the pair hasn’t faced any rumors of their divorce and extramarital affairs. Besides this, Winger previously dated Bob Kerrey from 1983 – 1985. Moreover, she was also in a relationship with Nick Nolte for a year from 1980 – 1981. Winger even dated Richard Lewis and Andrew Rubin.

As of 2018, the estimated net worth of Debra Winger is $16 million. Likewise, Winger annually earns around $650,000. From her acting career, Winger earns a fortunate amount of money.

So far, Winger has starred in several movies and television series. Starting her acting career in 1976, Winger is still active in the same field. Looking at her hard work and dedication, Winger’s net worth is sure to be increased in the coming days.