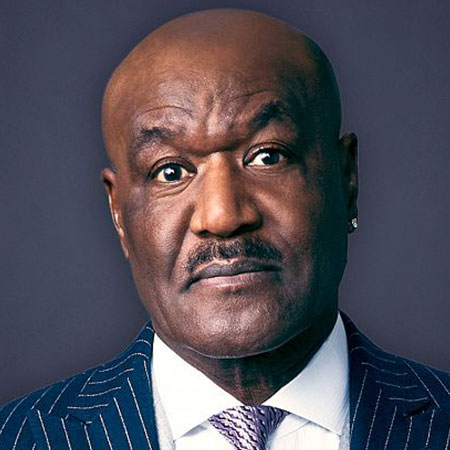 The Satellite Award winner, Delroy Lindo is a British-American actor as well as a theater director. Lindo is better known for portraying his roles in the movie Crooklyn and in TV series The Chicago Code.

Lindo has been nominated for several other awards including Tony and Screen Actors Guild awards. Lindo is married to wife, Neshormeh Lindo and has a son named Damiri Lindo. Moreover, he was previously married to ex-spouse, Kathi Coaston.

Delroy Lindo was born on 18th November 1952, in Eltham, London, United Kingdom. He was born to Jamaican parents who had emigrated to Britain. Lindo’s mother was a nurse and father worked in various jobs.

Lindo developed an interest towards acting since his childhood. As a teenager, Lindo moved to Toronto, Ontario, Canada along with his mother. Later at the age of sixteen, he moved to San Francisco. And at the age of 24, Lindo began studying acting at American Conservatory Theater and graduated in 1979.

In 1976, Delroy Lindo made his acting debut through British comedy movie Find the Lady. After that, he starred in the movie More American Graffiti. But Lindo quit his movie career for ten years in order to focus his career on theatre.

So, Lindo made his theatre debut through Beauty and the Beast in 1987. In 1988, Lindo portrayed the role of Herald Loomis in Joe Turner’s Come and Gone for which he got nominated for Tony award. Similarly, in 1989, he starred in two series A Man Called Hawk and Perfect Witness.

Moreover, Lindo returned to his film career in 1990 through the movie  Salute of the Jugger alongside Rutger Hauer and Joan Chen. Well, his breakthrough came after starring in the 1994 drama Crooklyn. Likewise, he further appeared in movies including Broken Arrow, A Life Less Ordinary, Heist etc.

Lindo starred as Mathew Henson in 1998 movie Glory & Honor and even won Satellite Award for Best Actor. For his role as Detective Victor Moran in Law & Order: Special Victims Unit 2009, he got nominated for NAACP Image Award for Outstanding Supporting Actor. Since long, Lindo is still active in the field of acting and currently, he appears on the series The Good Fight.

The multi-skilled, Delroy Lindo was previously married to Kathi Coaston. The duo tied the knot on 16th May 1978. But the things didn’t go well between them so, the couple later got divorced. However, none of them has said the exact date of their divorce and its reason.

After that, Lindo married his second wife Neshormeh Lindo in 1990. The couple has a son named Damiri Lindo. Since their marriage, the couple is still together and yet they haven’t faced any rumors of divorce and other affairs.

Delroy Lindo is active in the field of acting for a long time. Till date, he has starred in numerous movies and television series and has earned a good sum of money. Furthermore, he also adds money from his directing career.

Allocating information from several sources as of 2018, it is found out that Lindo has an estimated net worth of $4 million. Since long, Lindo is living in Oakland, California, United States.