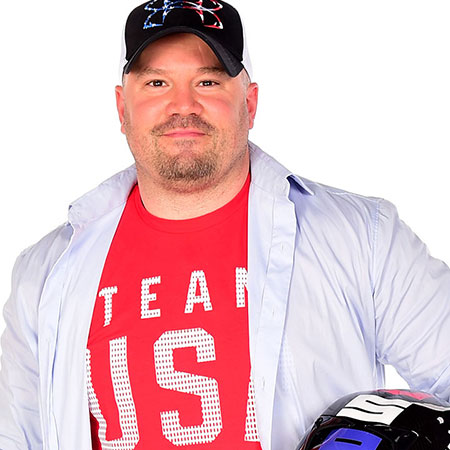 Steven Holcomb was one of the renowned drivers of the U.S. men’s Olympic bobsled team. He is better known for winning a gold medal in the four-man event at the 2010 Winter Games.

As far as several sources, Steven Holcomb was single before his death. He might be in a relationship in earlier days but till his death, he kept every information under the limelight.

Steven Holcomb was born on 18th April 1980, in Park City, Utah to Steve Holcomb and Jean Schaefer. He had two sisters Megan and Stephanie. Regarding his nationality and ethnicity, he is a white American.

Growing up in Park City, Utah, Steven’s mother used to often take him to ski. He started playing ski racing since the age of six. Besides, he attended the Park City Winter Sports High School where he got an opportunity to build his ski skills. Right after that, Steven raced for the Park City Ski Team for following twelve years.

Apart from the ski, the talented Holcomb was also good at playing soccer, baseball, basketball and running track. He rose to fame after he got qualified in the men’s national bobsled team.

Steven Holcomb’s first World Cup race was in four-man bobsled in November 1998. Before that, he and his team tried out for the National Team Camp which included the National Push Championship. At that time, he finished in eighth place. In beginning, he was bypassed due to his age but later he made the team as pusher after another athlete injured.

Apart from his racing career, Holcomb also served as a soldier in the Utah Army National Guard for approximately seven years. During that time, he served as a combat engineer, Besides, he also took part in the U.S Army World Class Athlete Program. He also attended the rank of Eagle Scout in the Boy Scouts of America.

When it was about personal life, Holcomb was very secretive. Apart from his professional career, there is no such information regarding his girlfriend/spouse. Neither, any rumors were there in the media.

However, his excessive consumption of alcohol led to his death at the age of 37. He was found dead at US Olympic Training Center in Lake Placid, New York. As per the report, he had a blood-alcohol level of 0.188 along with sleeping aid Lunesta in his system.

Steven Holcomb made a decent net worth from his multiple professions, especially from bobsled. Allocating information from several sources it is found out that his net worth was around a million dollar.