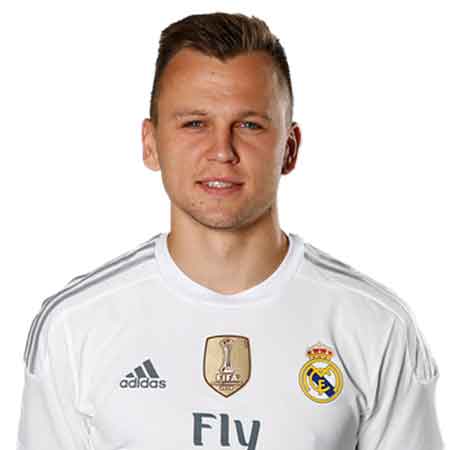 Denis Cheryshev is a Russian professional football player, best known for playing in Spanish Football club, Villarreal CF as a left winger. Earlier, he played for the team Sevilla and Valencia. More recently, he made a World cup debut replacing the injured player, Alan Dzagoev in the first half of the group stage opener against Saudi Arabia. The team won the game by 5-0 where he scored two goals.

Well, in today’s session we will be revealing detail about Denis Cheryshev and his personal life, career, net worth, early life, lifestyles and much more. Stay with us!!!

Denis Dmitriyevich Cheryshev was born on 26th December 1990, in Nizhny, Novgorod, Soviet Union, to Dmitri Cheryshev, the father who is a former forward football player.

Cheryshev began playing football since his tender age. His first football career starts at Sporting de Gijon and then played for the club, Burgos CF. He played the youth levels football with the Castile and Leon regional team.

After playing several years for minor leagues, Denis Cheryshev joined Real Madrid in 2002 and developed his football skills in the club’s academy. He made his professional career debut with Real Madrid Castilla after six years of joining Real Madrid appearing in nine Segunda Division B games for the season. Throughout that time, he played 61 matches and scored 11 goals for the reserve side.

In 2016, he signed with Villarreal CF and since then he has been playing with the team. Moreover, he plays for the Russia national team. He made world cup debut on 14th June 2018, as a substitute for Alan Dzagoev against Saudi Arabia in Moscow. Cheryshev scored twice in a 5-0 victory of the team.

Besides, scrolling down his Instagram account, he often posts pictures of himself hanging out with a woman which name is unknown to date. However, it is hard to know whether the couple is dating or not.

Denis Cheryshev has accumulated nice measures of cash from her football professions. Besides, his current market value is around Euro 3 million. Seeing his works, his net worth is sure to increase in coming days. Moreover, he also receives a decent amount of money from several fashion lines and brands as an endorsement.

Allocating information from several sources as of 2018, his net worth is estimated at around $10 million and more recently, he has scored two goals in World Cup 2018, and more games are yet to come.