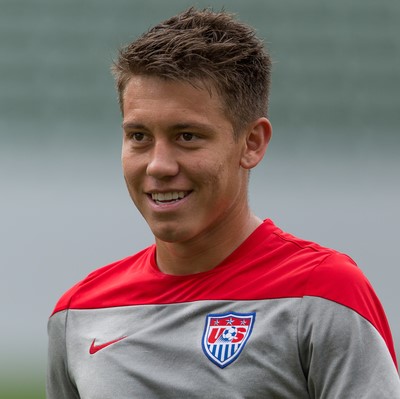 Dillon Serna is an American sensational professional soccer player, who plays as a midfielder for Major League Soccer club Colorado Rapids wearing a Jersey no is 17. He is also well known for playing for the United States U23 from 2014.

Dillon Serna was born on March 25, 1994, in Brighton, Colorado, United States. He belongs to sports family. His father is a former football player and his mother played volleyball. Serna grew up along with her sister named Sierra Serna , a soccer player in Colorado. He spent his childhood playing baseball.

His parents said that he was better at baseball than soccer so when he told them he decided to stick with soccer over baseball they were kind of surprised. Serna studied at local high school and he went to attend the University of Akron and graduated from there.

Serna started his professional career with Colorado Rapids as a homegrown player of the club same as Shane O’Neill. Previous to the senior team, he played with the Colorado Rapids youth team from 2009-2012.

In 2013, he started his professional debut against Vancouver Whitecaps. As a Colorado player, Dillon made his first goal on April 26, 2014, versus Seattle Sounders. He appeared 52 times for the Colorado Rapids and scored seven goals.

However, in February 2015 he was involved in the squad for a friendly facing Panama. In 2012, Dillon gained the award for Mid-American Conference Men’s Soccer Newcomer of the Year.

Have a look his tattoo:

Being one of the most tenured players on the current Rapids roster, his playing style has won millions and billions of souls all over the world. His looks can amaze any lady.His admirers are very interested to know about his personal life. well, ladies, her ends your curiosity.

He is currently in relation with Paige Nielsen, an Americal football player, who plays for Apollon Ladies FC in Cyprus. The couple has been together and dating for a couple of years.

Dillon and Paige both keep posting their photos on Instagram. Moreover, the beautiful couple is also spotted several times together. It looks like, they are liking their company and living happily.

Hanging out with his gal:

Being a young player, Dillon is getting a considerable amount of money from his soccer career. As per the records of 2017, he received $72,600 as a salary. However, his net worth is still mysterious.

Besides that, Dillon is moderately active on social media as well. As of now, Dillon has more than 2000 followers on Twitter and almost 1700 followers on Instagram.