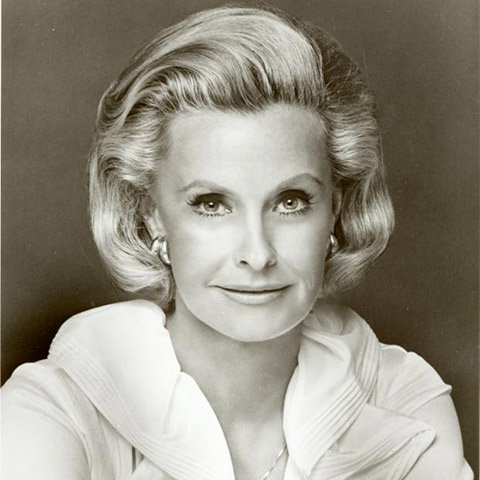 Dina Merrill is an American actress who had been active in the field in between 1945 and 2009. She has also made her identity as a socialite, business person, and philanthropist. Born on December 29, 1923, in New York City as the only child of Marjorie Merriweather and her second husband, Merrill attended Miss Porter’s school and completed her high school level education. Her mother was a post Cereals heiress and her father was the Wall Street stockbroker. After completing her school education, she joined George Washington University. Having a keen interest in drama and acting, she could not continue her study at George Washington University as she was not studying a subject of her interest. After a year, she dropped out and joined the American Academy of Dramatic Arts to pursue her career in drama and to act.

Merrill started her acting career in 1945 from her debut on the in the play The Mermaid Singing. During the 1950s and 1960s, she was intentionally marketed as a replacement for Grace Kelly, another veteran American actress and was named as “Hollywood new Grace Kelly” in 1959. During her active years, she made the appearance in numerous films. Her film works: Desk Set (1957), Don’t Give Up the Ship (1959), The Young Savages (1961), The Greatest (1977), Just Tell Me What You Want (1980), Fear (1990) and Shade (2003). She also made her appearances in some made-for-TV movies including Seven in Darkness (1969), The Tenth Month (1979) and Family Flight (1972). Merrill also appeared as a guest artist in numerous TV series such as Batman, Bonzana, and The Love Boat. Similarly, her stage appearances include the 1983 Broadway revival of the Rodgers & Hart Musical On Your Toes. She also made the appearance on the stage reading of Wit & Wisdom in 1991.

Merrill has been married thrice. Her marital life seems to be quite unstable. She married her first husband, Stanley M. Rumbough Jr in 1946. With Stanley, she had three children, but their relationship ended in 1966. On the same year, she engaged in a relationship with actor Cliff and married in the same year. With Cliff, she has a daughter. In 1989, she tied a knot with former actor Ted Harley. Since then she has spent her life with him. The couple has merged their company Pavillion Communications and RKO and formed RKO Pictures. She currently serves the Broad of Trustees of the John F. Kennedy Center for the Performing Arts as a presidential appointee. She has also been associated with a trustee of the Eugene O’Neil Theater Center and holds the position of vice president of Mission Society at New York City. She active in Twitter and more information on her professional work can be read on her official website.