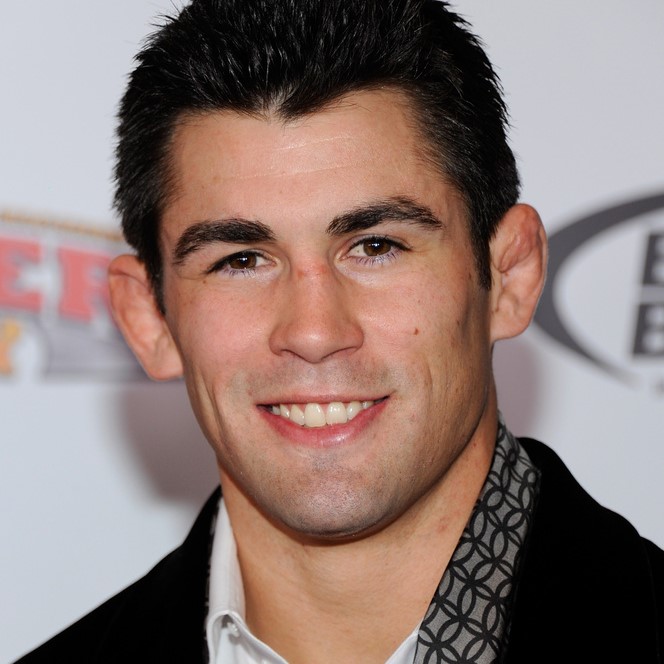 Dominick Cruz is a two-time UFC Bantamweight Championship mixed martial artist. He is well known for his powerful wrestling base, quick striking, and his tendency to attack from angles uniquely unlike any other fighter on the UFC roster.

Dominick Cruz born as Dominick Rojelio Cruz on 9th March 1985, in Tucson, Arizona, United States. His parents separated when he was very young. Then, his mother took him along with his siblings. His mother’s name is Suzette Howe.

Dominick Cruz grew up in Tuscon, Arizona, where he attended Flowing Wells High School. Then, he went to attend a community college to be a firefighter.

Dominick Cruz made his debut by fighting with Eddie Castro and won the match brutally. He made the MMA record of 22 wins in a total of 23 bouts which is just excellent.

Cruz got his WEC debut in 2007 against Urijah Faber, despite trying hard, he failed to gain the win. However, he won eight fights after the dropped down a division. Charlie Valencia, Ivan Lopez, and Joseph Benavidez fight made him famous among several fights.

22 wins. Undefeated for nearly 10 years. @DominickCruz is making his case as one of the all-time greats. #UFC207 pic.twitter.com/I27B5gJ5YS

The conflict between Dominick Cruz and Cody Garbrandt, Dominick has added extra flavor in favor of the cage war. According to MMA News, it has been confirmed that Cruz has eyes on Cody girlfriend. The story started when Garbrandt’s girlfriend posted a picture of Cruz getting submitted in WEC by Urijah Faber.

In returns, Cruz commented on her Instagram and left her private message. The fighters are supposed to face each other at the end of December this year.

Dominick Cruz is the Mexican- American. He has proven not only to be a great fighter but also quite good at keeping his personal life away from media. Yes, we are wondering who is his girlfriend or wife. Well! Well, we all know there is one woman who holds his heart, she is one other than Mrs. Suzette Howe, his beloved mother.

Have a look at his picture with his mother:

It’s time to know about his sexy girlfriend, Kenda Perez. Their relationship news began to circulate on the air. However, they did not accept their relationship. Dominick has stated in many interviews that his mother is the only woman he knows and adores.

Dominick earns a good sum of money in his career. He is an animal lover, he often posts his with his cute dog.

In 2016, he earned a salary of an astonishing $110 thousand for the UFC Fight Night. Allocating information from several sources as of 2018 it is found out that his current net worth is about $1.4 million. Besides, it also helps to boost his yearly salary and overall net worth from endorsements.