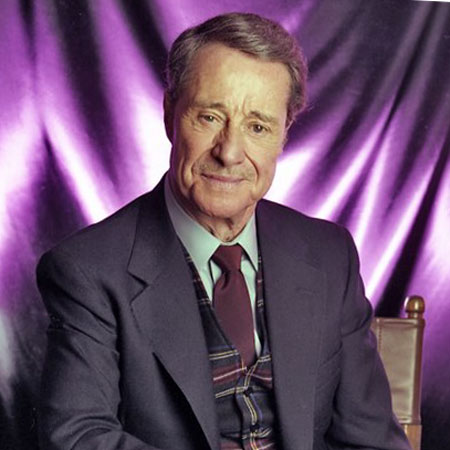 Don Ameche was an American actor and voice artist, well-known for his work in the comedy film Cocoon as Art Selwyn which won him an Oscar in 1985. He was also a major radio star in the early 30s and worked on Broadway and in television.

Ameche was voted for the 21st-most popular star in Hollywood industry in 1940. He had earned $247,677 just in the year 1943 which was a huge sum of money at that time. His single year income made him the second highest earner after actor Spyros Skouras at 20th Century Fox. In 1993, after his death, it was reported that Don Ameche’s net worth was around $1 million.

Ameche married his long-term girlfriend, Honore Prendergast in 1932. The couple gave birth to six children; three sons and three daughters. The name of their children is; Dominic, Thomas, Ronald, Connie, Lonnie, and Bonnie Ameche. Don and Honore Prendergast were together until the death of Don.

On 6th December 1993, Don Ameche died of prostate cancer in Scottsdale, Arizona. He died at his son house and was cremated and buried his ashes at Resurrection Catholic Cemetery in Asbury, Lowa.

Don was born on 31st May 1908 in Kenosha, Wisconsin. He is the son of the Felice Amici and Barbara Etta Hertel. He grew up along with his brothers; Umberto, James, and Louis as well as sisters; Elizabeth, Catherine, Mary, and Anna. Ameche attended the Marquette Univerisity, Loras College and with an intention to study law, he attended the University of Wisconsin. Later, he found out theatricals are more interesting than law and eventually decided to pursue his career on a stage as an actor.

Don started acting at Marquette University and sooner he got opportunities to act on behalf of the missing actor and cast as a lead actor. Later, he made his debut in the movie Clive of India in 1935 and in the late 30s, he already established himself as a major actor in the Hollywood industry. Moreover, Don Ameche also featured in several TV series and also was a major radio entertainer. He earned huge success from radio career during the late 40s and run his own program, The Old Gold Don Ameche Show in early 40s on NBC Red.