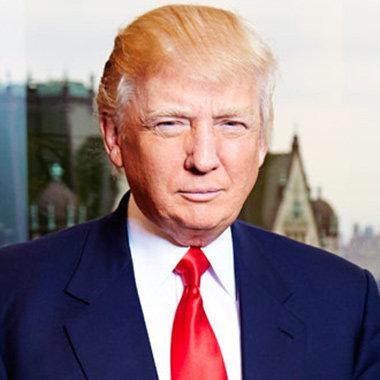 American business magnate, investorThere are many billionaires in this world and one of them is Donald trump. Having ruled in the real estate sector and also being a celeb, he is one of the popular billionaires. Recently, he has announced his candidacy for president of United States in the 2016 election. He has been the nomination of the Republican Party.

Donald Trump was born on 14th June 1946 in Queens, New York, U.S. He was born to father Fred Trump and mother Mary Anne. He is the fourth child out of five children. Fred was a real estate developer and builder, operating middle-income apartments in Queens.

Donald Trump went to Private Kew-Forest School in Forest hills, Queens. Trump’s father Fred was a member of the board of Trustees in that school. Later he was sent to New York Military Academy for his high school education. Trump studied at Fordham University for two years and was later transferred to the Wharton School of the University of Pennsylvania. He transferred to Wharton because at that time only a few had real estate studies department in U.S. academia. In 1968, Trump completed his graduation with a Bachelor of Science degree in economics.

Donald Trump was very much influenced by his father’s career in real estate development, so he used to work in his father’s company “Elizabeth Trump & Son” while he was attending Wharton. In 1968, he officially joined the company after completion of his graduation. He was given the whole responsibility of the company and became the controller in 1971. Then, he changed the name of the company as “The Trump Organization”.

Donald Trump’s first project was a renaissance of the Swifton Village apartment in Cincinnati, Ohio. The project was purchased by Trump’s father in 1962 for $5.7 million. Later the apartment was sold in $6.75 million in 1972. Trump wanted to get involved in larger building projects, so for that, he moved to Manhattan in 1971. He used attractive architectural design which helped him to gain public recognition. Everybody has to face ups and downs in life, so did Trump had to. Many people think he had lots of money and property but it was not easy for him to earn it. He had to go through many problems to earn it. There was a time when he was bankrupted. He had increasing debt in 1991 that brought him to bankruptcy. To pay the debt, he had to sell his Trump Shuttle airline and his 282-foot yacht. In the late 1990s, Trump’s financial condition came in balance. After the death of his father Fred, as per his will, all the estate was divided among his four children equally.

Donald Trump completed a 72 storied residential tower “Trump World Tower” which is across from the United Nations Headquarters. He also started construction of a multi-building development on Trump place along Hudson River.

Donald Trump was the executive producer and also the host of the NBC reality show “The Apprentice”. As per the source, it has been reported that he was paid $50,000 per episode. The show was a huge success and later he was paid $3 million per episode. It made him one of the highest-paid television personalities. He has hosted 14 seasons of the show and has been paid $213,606,575. Trump has even received a star on the Hollywood Walk of Fame in 2007, for his contribution to television.

Donald Trump wanted to run for the presidency in 1988, 2004 and 2012. He also had also for becoming governor of New York in 2006 and 2014. Despite having such plans, he did not give his candidacy. But on June 16, 2015, he has announced candidacy for president of the United States. He has been visiting and campaigning in many states for the election. He gave candidacy from the Republican Party.

On June 16, 2015, Donald Trump announced his candidacy for President of the United States at Trump Tower in New York City. He runs as a self-described conservative, particularly in fiscal and religious matters. His campaign emphasizes American patriotism, with a disdain for what he refers to as political correctness

Donald Trump got married to model Ivana Zelnickova in 1977. Ivana was from the Czech Republic. The couple had three children Donald, Jr., Ivanka, and Eric. In 1990, their marriage started to have problems after Ivana found out that Trump was having affair with actress Marla Maples. They got divorced in 1991 and Trump married Maples on December 21, 1993. They got married after the birth of their first child, Tiffany. Their marriage also didn’t last long. They split up on June 8, 1999. Later in 26th April 2004, Trump got married to model Melania Knauss. They were dating since 1998. Melania was a Slovenian. In 2006, she gave birth to Trump’s fifth child. The child was named Barron William Trump.

Owning so many larger buildings and organizations, according to Forbes his net worth is $3.7 billion (2016).