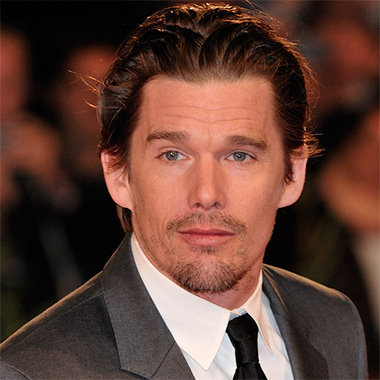 Ethan Green Hawke was born on November 6, 1970. Hawke is a multi-talented person. He is an American actor, writer, and director. He gained popularity from his sci-fi movie “Explorers”. He is an amazing actor with the great personality. Hawke has directed movies and written novels too.

Ethan Hawke was born in Austin, Texas to James Hawke and Leslie. His father James was an insurance actuary and his mother Leslie was a charity worker. His parents were in a relationship since high school in Fort Worth, Texas. At the time of their wedding, Leslie was just 17 yrs old. They were attending the University of Texas at Austin when Hawke was born. His parents got divorced when he was 4 yrs old. He was raised by his mother and settled in New York City. Hawke went to the Packer Collegiate Institute in Brooklyn Heights. When he was 10 yrs old, his mother remarried and they moved to West Windsor Township, New Jersey. After changing the city, Hawke went to West Windsor-Plainsboro High School for his high school study. He completed his graduation from Hun School of Princeton in 1988.

During his high school years, Ethan Hawke was aspired to become a writer but he developed an interest in acting. So at the age of 13, he made a stage debut in Saint Joan, which was a school production of George Bernard Shaw. After that, he appeared in many stage programs. While he was at the Hun School, he took acting classes at the McCarter Theatre on the Princeton campus. He studied acting at Carnegie Mellon University in Pittsburgh after completing his high school graduation. He had to drop out the acting class because he was cast in Dead Poets Society.

Ethan Hawke wanted to make his career in acting, so he moved back to New York City and started to work in films from then. In 1985, he made his debut in the sci-fi movie “Explorers”. In that movie, he played a role of an alien obsessed schoolboy. The film didn’t do that well in box office. This created disappointment on him and wanted to quit acting. He didn’t act in any film until 1989. In 1989, he appeared in a comedy drama called Dad. He played as a grandson of Jack Lemmon and Ted Danson’s son. In the same year, he appeared in the film Dead Poets Society opposite to Robin Williams. The film collected $235 million worldwide and is the most successful film of Hawke’s till date. After that, he got opportunities to work in many films. He played in the movie White Fang in 1991, A midnight clear in 1992, Alive in 1993, Reality Bites in 1994, Before sunrise in 1995, Gattaca in 1996 and much more. He has acted in the sequel of the movie “Before Sunrise”. “Before Sunset” and “Before Midnight” are the two sequels of that movie.

In 2000, Ethan Hawke played in a movie “Hamlet” as the main character Hamlet. The movie transposed the famous William Shakespeare play into the contemporary New York City. The movie was a huge success and the audience loved his acting. On the list of his hit movies, “Sinister” is one of them. The movie is horror genre and it is the first movie horror movie of Hawke.

Talking about his family and marriage, Ethan Hawke got married to actress Uma Thurman on May 1, 1998. They both met on the set of Gattaca in 1996. They have a daughter Maya and a son Levon. Their marriage didn’t last long and they divorced in 2003. Their divorce was finalized in August 2005. The reason for their divorce is heard to be an affair of Hawke with the nanny of their children.

Despite his age, Ethan Hawke still looks quite young. He has a great height and an amazing body. He has maintained himself very much. His height is 5 feet 11 inches and he weighs 77 kg.