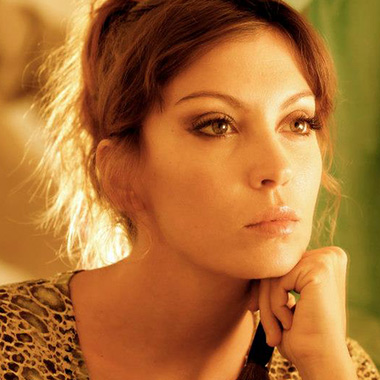 Roberta Mancino is a skydiver, BASE jumper, wingsuit flyer and an international model. She started modeling at the age of sixteen. Roberta got interested in skydiving as her best friend was a skydiver.

Roberta Mancino officially started skydiving in October 2001. After a lot of praise, she started competing in international competitions.  Roberta has been training regularly at Skyventure XP Paraclete in North Carolina. For a magazine photo shoot, she had made four jumps being completely nude. On the Italian TV program Le Lena, she had shown her free-flying and sit flying skills, jumping topless.

Between August 2008 and September 2011, Roberto performed in 115 BASE jumps. She began wingsuit flying, which involves jumping from aircraft wearing a jumpsuit with webbed wing similar to flying squirrel, being inspired by her boyfriend Corliss. As a model, Roberto has been seen in many magazines including Men’s Fitness, Vanity Fair, Allure, Maxim, Men’s Health and Max. Mancino holds several world records and has won several international awards.

In Malevski Cup at the Russian Freestyle and the Space Games Freestyle 2003 and Tunnel Competition held in Orlando, Florida 2004, Mancino won the first position. In 2005, she received the Italian Record and Euro Record for skydiving, and in the same year, she won the Tunnel Competition held in Perris Valley, California, with the first position. Mancino broke World Record for Formation 69-Way Freefly and European Record for Formation Freefly in 2007. In the same year, she obtained the first position in Italian Nationals of Skydiving. She was a part of the world record 108-way free fly held in Chicago in 2009. Men’s Fitness magazine has named Mancino as the World’s Sexiest Female Athlete.

In 2009, Mancino met her boyfriend Jeb Corliss, who is also a BASE jumper. After making 5,500 skydives, Jeb Corliss and Mancino started BASE jumping together.