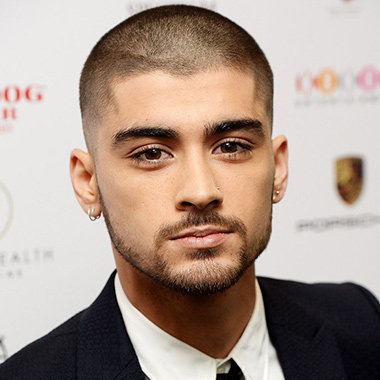 Zain Javadd Malik who is known as Zayn Malik was born on 12 January 1993. He is an American singer and songwriter. He was a former member of the popular boy band “One Direction”. He is one of the young and most popular vocalists nowadays.

Talking about the early life, Zayn Malik was born in Bradford, West Yorkshire, England to Yaser Malik and Tricia Brannan Malik. His father Yaser is a British Pakistani and mother Tricia is English. She was changed to Islam after their marriage. Zayn is a second child among four children of their parents. He has one elder sister and two younger sisters. Doniya is elder whereas Waliyha and Safaa are younger sisters. He spent his childhood in East Bowling, Bradford. He joined Lower Fields Primary School and later went to Tong High School.

Zayn Malik had an interest in singing since his childhood. He used to sing in school programs. Despite having passion for singing, he didn’t take any classes for learning it. Zayn gave audition for the British television talent show “The X Factor” in 2010. He auditioned as a solo artist but he was eliminated before the final round. Simon Cowell and Nicole Scherzinger, the two judges of “The X Factor”, grouped him with four other participants of the program and formed a group called “One Direction”. Harry Styles, Niall Horan, Liam Payne and Louis Tomlinson are the other four participants that were chosen for the formation of the group. They performed so great, that they became popular in the UK. The group came in the third position in the competition.

After finishing the competition, One direction was signed by Cowell to a record contract in £2 million. They began recording their debut album in January 2011. In February 2011, a book licensed by One Direction as was published. The book was titled One Direction: Forever Young (Our Official X Factor Story) and the book was published by HarperCollins. The book was on top of The Sunday Times Best Selling list. In November 2011, they released their first debut album “Up All Night”. The album was a huge success. It topped many charts of different countries. “What Makes You Beautiful” was an international hit lead single. The song was certified platinum four times in the US and six times in Australia. They released their second album in November 2012. The album was titled “Take Me Home” and 540000 copies were sold in the first week of the release in the US. The album made to No.1 spot in 35 countries. “Live While We’re Young”, the lead single from the album was the highest-peaking song of the group. “Midnight Memories” was their third and Zayn’s last album in the group. The album was released on 25th November 2013.

On March 25, 2015, Zayn Malik quitted the group. He said that he wanted to live as a normal guy who is able to relax and have some private time out of the spotlight. But later he was seen at a London recording studio with the producer Naughty Boy. There is a rumor of them working together on music. He has revealed that he had signed a deal with RCA Records for recording.

Zayn Malik is not just a good singer but is also a handsome guy with a good height and a slim body. He has thousands of fans and most of them are female. We can get to see in the concerts how crazy they are for him. His height is 5 feet 9 inches. He dated Rebecca Ferguson, the fellow contestant of The X Factor, for four months. Later in 2012, he started dating Perrie Edwards and got engaged with her in 2013. But unfortunately, their engagement didn’t last long and they ended splitting up on August 4, 2015. After 2 months of breaking up with Perrie, Zayn was seen with fashion model Gigi Hadid and later it was confirmed that they were dating. According to the source, it is reported that his net worth is $40 million (2016).