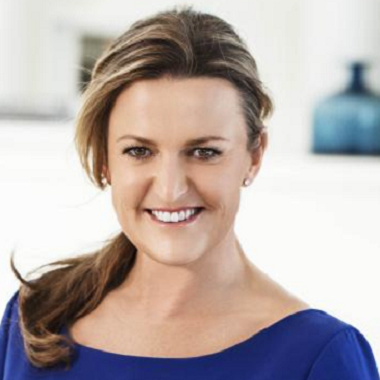 Donna Hay was born on January 28, 1971, in Syndey, Australia. She grew up along with two sisters in  Syndey. At the age of eight, Donna Hay jumped into a kitchen, struck up a mixing bowl. 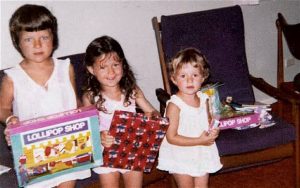 Donna Hay with her sisters
Source: The Telegraph

We are so excited to show you our new Autumn issue. We've made-over the classic quiche, clever roast ideas and coffee-inspired sweet treats – it's comfort food at its best! Check out our subscription offers (link in bio), including our special bundle package of four donna hay enamel pie dishes and oven mitt!

With Donna as editor, the magazine has more than 595,000 Australian readers. Each issue has supporters in 82 countries around the world and is the highest-selling publication on the App Store in Australia.

In 2009, she launched the Donna Hay General Store, which has developed into a booming online market, providing food and style lovers all over the world. The store deals with beautiful homewares and specific gift ideas all in the snap of a button.

Her successful homewares array was formed with Royal Doulton and has been free worldwide since 2011. This range combines classic dinnerware and collections for tea, cake, and special occasions, plus kitchenware and tools for cooking and baking.

The Donna Hay Home Baking Mix range, presenting flourless chocolate cake, a molten chocolate chunk brownie, and wholesome banana bread, is formed with all common elements, for a truly homemade taste. The range is well loved and stocked in main supermarkets across Australia. The brownie currently operates the number one point in baking mix sales across Coles and Woolworths supermarkets.

Donna made her first TV series in 2011 “fast, fresh, simple” – for Foxtel’s LifeStyle Channel in Australia. The series chose in more than 17 countries worldwide. 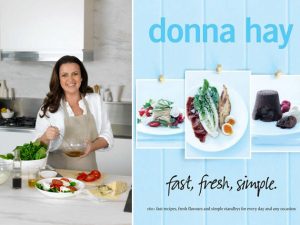 She won an ASTRA award in 2012 for best new female personality. On May 2016, she was seen as the judge for “MasterChef Australia.”

In 2011, Donna was named by Tourism Australia as the inventive director for Oprah Winfrey’s ‘Welcome to Sydney party,’ for her and the 300 attendees members who went to Australia for the special series of shows.

The segment, viewed by more than 20 million people worldwide, involved Donna’s conversion of Sydney Harbour settings into the stylish shore and country areas, plus fireworks that burned up the night’s sky and Sydney Harbour Bridge, especially for Oprah.

In 2015, Donna began her first venture into the growing world of ‘luxe health’ appeased, releasing a special issue magazine “Fresh + Light,” packed full of superfoods and yummy instructions for a lighter way to eating. After 60,000 copies sold out in less than two weeks, the title has grown a periodically head with Donna at the helm. 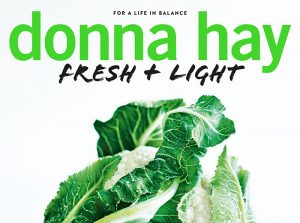 On May 2016, the magazine devoted its 15th birthday with a hugely successful cover issue. On Boxing Day 2016, she fulfilled a lifelong personal goal and traveled as a member of the team on Beau Geste in the Sydney to Hobart Yacht Race.

Donna also has a successful weekly food column in the ‘Sunday editions of News Corp newspapers’ around Australia, encompassing over 2.5 million people each week. She is also a regular contributor to UK’s front lifestyle journal, Living, etc.

She is happily married woman and mother of two children. Her husband’s name is Bill Wilson and her husband Bill Wilson has been married for a long time. The couple has been blessed with two cute boys named Angus Hay and Tom Hay. 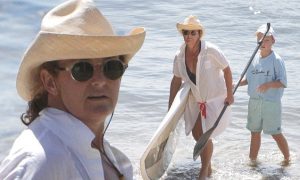 She has a successful homeware chain and controls to keep on top of her family life too, with her hubby Bill Wilson and their boys.Regarding her nationality and ethnicity, she holds an Australian nationality and belongs to white ethnicity.

Her simple and style-driven approach is shown in her 26 award-winning cookbooks. Hay has marketed over six million copies worldwide, with the books interpreted into ten languages.

She was also named one of the ‘Magnificent Seven’ cookbook authors at the international Gourmand Awards in January 2007. Hay owns a house in Sydney, Australia, and her estimated net worth has $6 million.