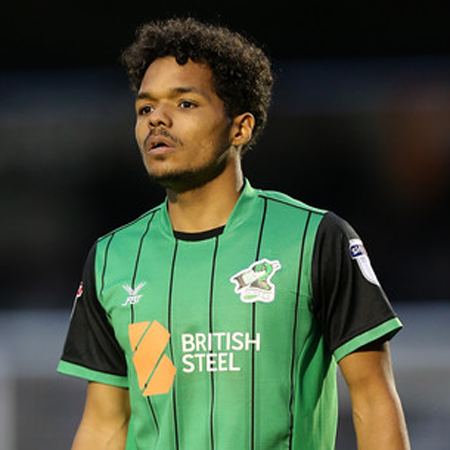 Duane Holmes is an American-English pro footballer who plays for Scunthorpe United. He plays as a midfielder for the team. He is a former member of Huddersfield.

Holmes is a single man fully focused in his career. Even though his life is like an open book he has not disclosed information of him being hooked up with any girl.

Duane Holmes was born as Duane Octavious Holmes on November 6, 1994. He is a native of Columbus, Georgia, U.S. His father being American and mother English he is of mixed descent. He was raised by his mother and granddad in Wakefield, England. He also has a stepdad and a stepbrother.

Holmes used to play football from an early age. He never loosed his hope by the negative comments he got while playing. His granddad and his mother played a major role encouraging him to continue pursuing his interest.

Holmes began his career playing for junior clubs such as Kellingley Welfare and Normanton Athletic. His talent and skill helped him to become a pro in no time. He soon joined the Huddersfield Town playing for the U-9 level. In 2011, he was included in ten teenagers to be “handed two-year academy deals”.

Duane made his debut in September as a substitute player against Hull City in the Football League Cup. He then played in the 1-1 draw against Blackpool. He made the total of 26 appearances for the Terriers with his first game in the 3-2 win over Leeds United.

Duane had loan spells with Yeovil Town and Bury in 2014. He made a victory of 1-0 with a penalty against Doncaster Rovers in his first match for the team. He made his first appearance with Bury as a substitute in a 2-1 win against Accrington Stanley.

On 7th July 2016, he left the Huddersfield and joined Scunthorpe United, making his debut in an Iron shirt in the EFL CUP round. He helped the team to win AET by 2-0 followed by his full debut in August at Fleetwood Town.  He is also qualified to play for USA and England.

Holmes has successfully managed to keep his personal life under wraps. The information about his girlfriends is kept quite confidential that not even a rumor has sparked his way.

Duane is possibly enjoying his bachelor life. Seeing him, fully engaged in his career it can be concluded that he is busy establishing himself in his profession rather than getting involved in any kind of relationship.

Holmes earns a decent amount of money from his career as a talented and skillful player. Although his net worth is still under review it’s a certain fact that he lives a luxurious life along with his family. He is young and yet to set his mark in the playing field.

Besides football, he enjoys playing cricket even though he watches a lot but doesn’t play as much to prevent an injury. He also likes to go for fishing in his leisure period. He is a fan of Falcons and Liverpool while idolized Ronaldinho and Steven Gerrard.