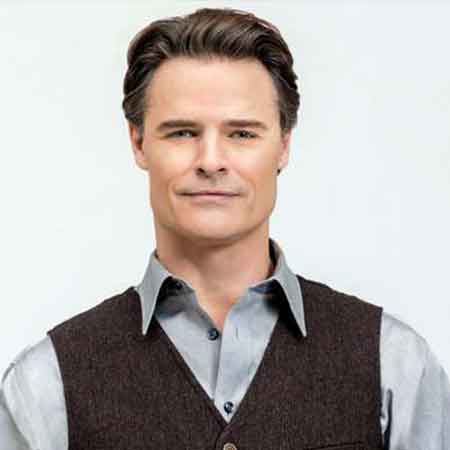 A Canadian actor, Dylan Neal is widely popular for playing the character of Dylan Shaw on the soap opera, The Bold and the Beautiful. The actor holds dual citizenship for Canada and United States. He has been active in his career since 1988. Neal has worked in numerous movies as well as Tv series.

A native of Richmond Hill, Ontario, Dylan Jeremey Neal was born on 8th of October in 1969. He grew up in Oakville Ontario as his parents moved there when he was only four months old. Neal is of Canadian nationality. His ethnic background is white.

As for his education, Neal attended the Appleby College in Oakville. For his last two years of schooling, the actor transferred to T.A. Blakelock High School. Initially, Neal dreamed of becoming a professional squash player. However, in Blakelock, he got involved in the school’s drama program which kick-started his love for performing arts.

Before Neal broke out as a successful actor, he was a caterer and pizza delivery boy. He made a debut in the industry with the Tv series Learning the Ropes in 1988. The actor then appeared in small roles for Tv series like War of the World, My Secret Identity Maniac Mansion and many more.

His breakthrough finally came when he was cast as Dylan Shaw in The Bold and the Beautiful in 1994 which went for two years. He acted alongside Rosa Blasi and Tiffany Coyne.

Neal’s big screen debut was in the movie I’ll Never Get to Heaven in 1992. Since then he has appeared in movies like XCU: Extreme Close Up, 40 Days and 40 Nights, Percy Jackson & the Olympians: The Lightning Thief, The Traveler. He was cast in the lead role for the movie Locusts in 2005. Furthermore, He appeared in Fifty Shades of Grey and it’s 2017 sequel as Anastasia’s (Dakota Johnson) stepfather.

Aside, Neal gained popularity for the portrayal of Detective Mike Celluci in the Tv series Blood Ties. Furthermore, the actor appeared in Tv shows Working, JAG, The President’s Man, Sabrina the Teenage Witch, Smallville, Bones, Cedar Cove and many more.

Apart from acting, Neal is also co-owns production company Southwell Neal Entertainment with his wife. Together, they have created movies like the Gourmet Detective and Hallmark Movies & Mysteries.

Neal is a married man. He is in a committed relationship with his wife Becky Southwell. The pair exchanged vows on September 21, 1996.  The two were dating for five years before taking their relationship to the next level. The pair has two children together, a daughter and a son.

Southwell is very supportive of Neal’s career. She takes care of the children while Neal is away for work. The two have a relationship based on understanding and trust. Aside, they are also business partners. They make a good team together. So far, there have been no rumors of their divorce.

Neal has earned a decent amount of money from his successful acting career. With numerous film credits, undoubtedly the actor has a high salary. He has also started his own company with his wife which has managed to produce well-running  Tv series. Neal has an estimated net worth of $2 million. The exact figure of his salary is disclosed.

Furthermore, the actor lives a comfortable lifestyle with his family. He has some luxurious cars including ’93 Range Rover LWB. He is also interested in making furniture.

1969The actor is still active in his career. We can expect to see more of him in coming days.