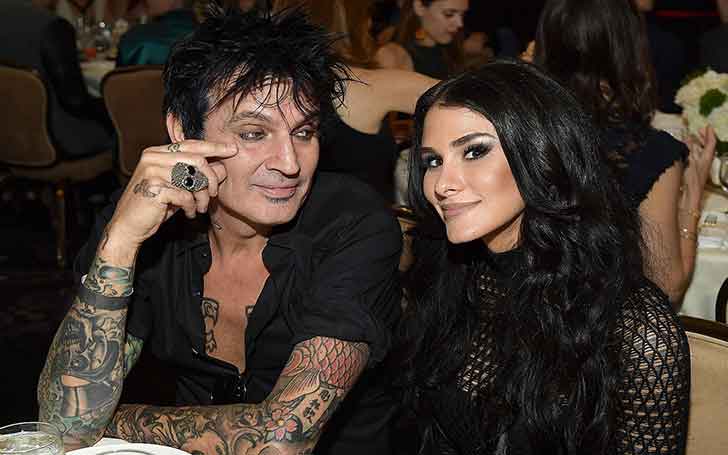 The Greek-American musician, Tommy Lee has recently got married to his girlfriend, Brittany Furlan in a very different way after getting engaged a few months before on the day of Valentine.

The founder of the heavy metal band, Motley Crue, Tommy Lee who has faced several unsuccessful love affairs and three-time divorce before has again found love in the 24 years younger internet personality, Brittany Furlan and got married. Let’s get to know in detail about their wedding day and the romantic love story between them.

Singer Tommy Lee has again got married. Tommy who was in a romantic relationship with the internet personality, Brittany is now officially husband and wife as they have recently shared the marital vows. The couple selected their social media platform to announce their wedding.

As per the Instagram post of Brittany then boyfriend, the couple tied the knot at The Beverly Hills Hotel on 27th May 2018. The couple has their wedding in a different way as they can be seen in matching bathrobes. The couple shared the kiss underneath the beautiful canopy which was decorated with the pink flowers and greenery surrounded all around.

In the post, Brittney has lifted her foot and kissed her finance-turned- husband on the lips with a caption “Best Day Ever” while Tommy also posted the same picture with the caption, “Did it, I do a Lot”.

The musician Tommy Lee after all of his past relationships found a new love to talk about. He fell in love with Brittany Furlan and got engaged on 14th February 2018. The couple selected Valentine day to take their relationship to next level and share the news with their fans through their Instagram post.

In Instagram, they share the video in which Brittany showed her ring with a heart-shaped sparkler ring with a caption saying herself to be the soon-to-be Mrs. Lee.

The pair who started dating in June 2017, seems very happy with each other. If we view them on a social media profile we see lots of romantic pictures and video which has described the love between them.

All in all, this is the fourth marriage of the drummer but, if they are in love, nothing will ever stop them. Congrats to them on their wedding!