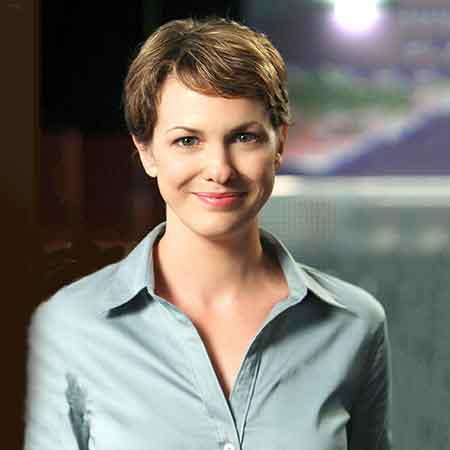 Larisa Oleynik is an American actress widely known for her role as Alex Mack / Barbara Mack in the World of Alex Mack during the mid-1990s. Furthermore, her other notable roles are in The Baby-Sitters Club and 10 Things I Hate About You.

Oleynik previously dated boyfriend, Joseph Gordon-Levitt. The couple dated for four years and in 2002 they separated.

Larisa Oleynik was born on 7th June 1981, in Santa Clara County, California, United States. She is the daughter of a former nurse, Lorraine Allen, and Roman Oleynik, an anesthesiologist,

At the age of eight, Larisa Oleynik began her acting in San Francisco production of Les Misérables. However, she made her onscreen debut through 1993 series, Dr. Quinn, Medicine Woman as Susie. The same year, she further appeared in River of Rage: The Taking of Maggie Keene. Likewise, Oleynik made her movie debut through The Swan Princess in 1994.

Oleynik’s breakthrough came after she portrayed in The Secret World of Alex Mack from 1994–1998. She gained further recognization for her role as Dawn Schafer in the movie, The Baby-Sitters Club, and Bianca Stratford in 10 Things I Hate About You. Likewise, Oleynik starred in the movies like 100 Girls, A Time for Dancing, Pope Dreams etc.

Furthermore, Oleynik portrayed the role of Alissa Strudwick in the series 3rd Rock from the Sun from 1998 to 2000. Likewise, she further had roles in series including Mike & Molly, Fairly Legal, Pretty Little Liars etc. In 2018, Oleynik starred in the movie Animal Among Us as Anita Bishop.

We all have more idea about the professional life of an actress, Larisa Oleynik. But regarding her personal life, Oleynik often keeps it a secret. Olenik is seen linked with new guys on the screen but what about her offscreen relationship? Well, the 36 years old actress Olyenik is not married yet.

However, Oleynik was previously in a relationship with an American actor, Joseph Gordon-Levitt. The duo began dating back in 1998. But they failed to continue their relationship and finally separated after four years in 2002.

Since then, Oleynik is still single and further he hasn’t dated any guys too. Oleynik might be focusing on her career rather than being in any relationships. Or might don’t want to share her personal things with public anymore.

Allocating information from several sources as of 2018 it is found out that Larisa Oleynik current estimated net worth is around $4 million.