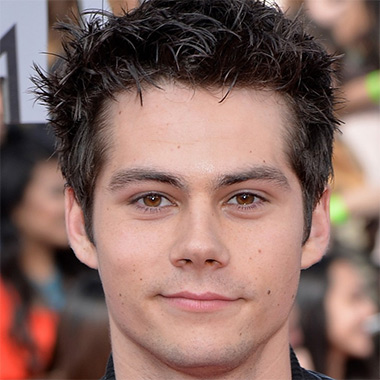 Dylan O’Brien is a good looking American musician, an actor as well as director. He is mainly known as “Stiles” Stilinski in the series Teen Wolf. He also acted in the film High Road. He was also seen playing in the film The Maze Runner and the First Time.

Dylan was born on August 26, 1991, in New York City, New York. He was born to Lisa and Patrick O’Brien. His mother Lisa is a former actress and also runs an acting school while her father Patrick is a camera operator. He was raised in Springfield Township, New Jersey until the age of twelve. He then later moved to Hermosa Beach, California along with his family. His father belongs to Irish descent and his mother is of English, Spanish, and Italian ancestry. He attended Mira Costa High School and graduated from there in 2009. He planned to pursue his career in sports broadcasting and wanted to work for the Mets. In fall of 2009 he planned to attend Syracuse University and do major in sports broadcasting but he changed his mind and moved to Los Angeles for an acting career.

He posted his original videos on his YouTube channel when he was fourteen years old. Because of her videos, he was approached by a local producer/director for doing work for a web series of hers. He met an actor who helped him connected with a manager while he was working on the web series. He got the main role in Teen Wolf after several auditions. He wanted to audition for Scott but after reading the script, he wanted to audition for the part of Stiles. He was cast after four auditions. He began playing the role of Stiles in Teen Wolf in 2011. Teen Wolf is a series based on the 1985 film of the same name. He then co-starred in the comedy film The Internship along with Owen Wilson and Vince Vaughn in 2013.

In 2014 he played the lead role in the film The Maze Runner. The film is the adaption of the book of the same name. In summer 2013 he filmed the movie. He was named as one of the 15 Breakouts Stars to Watch for in 2014 by Yahoo! Movies. In early September 2014 the pre-production for the Maze Runner sequel Maze Runner: The Scorch Trials began. At the end of October 2014, the filming started in New Mexico.

Excluding his acting, in films, and on television he also has produced, directed and have starred in several comedic short films. He released those in his own personal YouTube channel. He also the part of the independent rock band Slow Kids at Play. He was a drummer in the band. He was in a relationship with Britt Robertson. Britt is also an actress. They both first met on the set of The first Time in 2011.