Skip to content
Home » Gossip » EBOLA virus and its Symptoms

EBOLA virus and its Symptoms 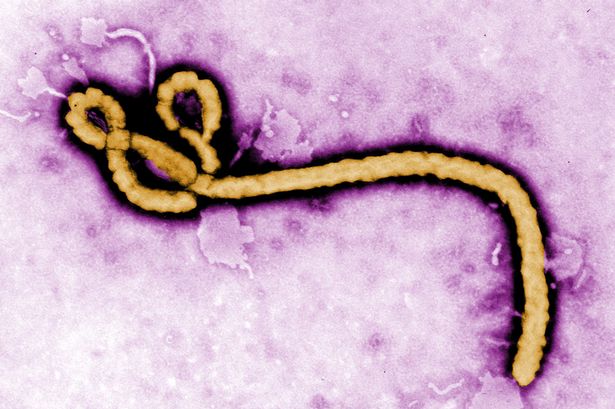 What is Ebola Virus? Ebola virus is a virus which causes severe and fatal Hemorrhagic fever (internal bleeding). Once the virus start effecting our body the chances of survival is only 10% and less. It can be found in humans and other primates like fruit eating bat, monkey, gorillas, chimpanzee, forest antelope and porcupines. It can be transmitted through humans to humans and from animals to humans containing Ebola Virus. The natural reservoir of Ebola virus is believed to be fruit eating bats. Ebola Virus can spread from the direct contact with the bodily fluids, blood and secretions. The patient of Ebola Virus should be treated in intensive care. There is no any specific medicine or vaccine for this disease. When was Ebola Virus noticed? Ebola Virus was first noticed in 1976 with two continuous outbreaks in Nzara, Sudan and in Yambuku, Congo. Now it has been seen in the village near the Ebola River and it is known by its name. Other outbreaks has been seen in Tropical reasons of sub-Saharan Africa. The ongoing outbreak is the largest one which is affecting Guinea, Nigeria, Libya and Sierra Leone. Types of Ebola virus They are classified as genus Ebolavirus, family Filoviridae and order Mononegavirales. There are five types of Ebola virus. Among them four types are supposed to carry the virus to the humans. The four type that carry disease are Sudan Virus (SUDV), Bundibugyo virus (BDBV), Tai Forest virus (TAFV) and Ebola virus (EBOV). The fourth type or Ebola virus also known as Zaire Ebolavirus. The fifth one is Reston virus (RESTV), do not cause harm to the human beings. Symptoms of Ebola Virus 1) Patient gets fever greater than 38.6 degree Celsius or 101.5 degree Fahrenheit 2) Muscle pain and severe headache 3) Extremely Weakness 4) Diarrhea and Vomiting 5) Abdominal pain 6) Patients get lack of appetite 7) Patients gets internal bleeding and external also 8) Patients may also experience rashes, red eyes, hiccups, cough, sore throat, chest pain and difficulty in breathing Transmission The transmission occurs from humans to humans and from animals to humans. Initial human can get Ebola virus from the contact of infected animal's body fluids. The human to human transmission occurs from the direct contact with the blood, body fluids and direct contact with the infected persons. This disease is also transmitted from the dead person of infected person. Hospital and Medical workers may also get infected if they do not use appropriate clothes. There is very rare chances of transmission of these disease from air. There is high probability of transmission of these disease from bat to land mammal. If an infected bat drops the remaining of its foodstuffs to the land mammals like gorillas and monkey may feed on these things. And a human can also get this disease from such mammals easily. Natural Reservoir The fruit eating bats are considered to be the main reservoir of Ebola virus. Mammals, birds and some plants are also been considered. When the first case of Ebola virus was seen in the employers of cotton factory, bats used to reside there. From the various surveys it is concluded bats are the primary reservoir. Beside that mammals like monkey, chimpanzee and gorillas are also the host. Human beings are accidental hosts. Vaccines and Treatment No any treatment have been discovered till todays date. No vaccines are available for these diseases. Only the oral rehydration of sugar and salt solutions are given to the patients because they are dehydrated by this disease. Prevention and controls As there is no any vaccines and treatment for this diseases only prevention and control can be effective. The most effective way to control this virus is to raise awareness of Ebola virus and its risk factors. We should not travel to the area of Ebola outbreak and should not have any direct contact to the people of such areas. There is risk in consuming the meat of wild animals and bats because they are the reservoir of Ebola. Also direct contact with the bats and wild animals should be avoided. The person carrying the initial symptoms of Ebola virus may not be identified so medical personnel should always wear gloves, masks and other protective measures. They should not reuse the injections and other equipment for different patients.