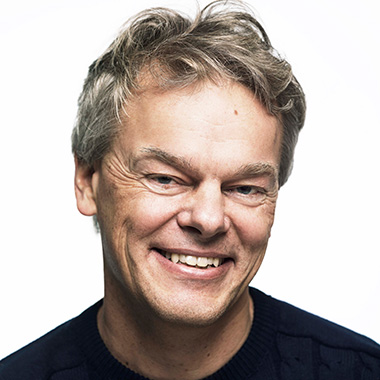 Every people on this earth is busy in some kind of works. They are pretty much to destine to be part of certain things. Some are in the Entertainment department while some are in artistic and imagination while some are just living ordinary lives and trying to make things better. Among the list of those people, there are some limited and talented people who just sit in the lab for day and nights and introduce something which can help in the betterment of the world. In such list, Edvard Moser is such names who has won the Nobel Prize for his contribution towards neuroscience and psychologist.

Born in the year 1962, April 27 in the Island of Alesund, Norway spent most of his time on an island who has the inhabitant of only 500 people. At the age of 1, the family moved to another island with the habitat of 4000 people and spent their entire childhood there along with his other two younger sisters. Edvard attended Ulsteinvik high school and graduated from there when he was only 18 years old. In the year 1983, joined the college and took 1 year of the extra course in psychology. In the year 1985, he again got three degrees from the University of Oslo in Mathematics, Science, and Psychology.

Edvard from normal to an extraordinary Nobel Prize winner made this entire journey with his wife May-Britt Moser with whom they met during the high school days. They were the perfect couple and they both took the same degree, since, they were kind of alike with each other, they were aside from each other at the present time too. From life partner to the working partner, Edvard is successful in both personal and professional life.

In the present time, Edvard represents himself as Norwegian psychologist, neuroscientist and he is also the head of the department of Kavli Institute for Systems Neuroscience and Center for Neural Computation at Norwegian University of Science and Technology. Likewise, he also represents as visiting researcher in Max Planck Institute for Neurobiology, Germany. The couple officially began their work and get attached with their subjective field in the year 1996 when they were appointed as professors in psychology and neuroscience at NTNU. They have major roles in the creation of Centre for Biology of Memory (CBM) in the year 2002.

He also serves as Honorary Professor in University of Edinburgh Medical School. Having the successful work history and accomplishment, Edvard has been successful in receiving a number of awards including Nobel Prize with his wife May and other co-workers.

Coming to his personal life account, he is living with his wife Mary for a long time and they both are happy with each other and understand each other psychological behavior very well. However, there is no news about their children and upcoming plans. You can find his detailed bio in wiki and Nobelprize.org in a detailed manner.