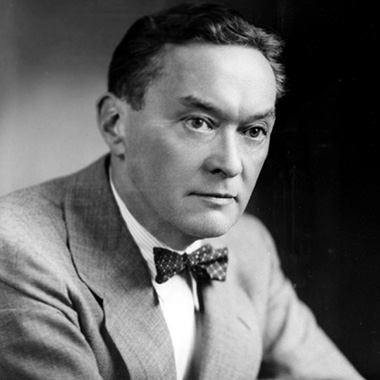 Walter studied at Harvard University and concentrated on language and philosophy. He was fluent in French and German. He wrote the book “Liberty and the News” in 1920 where he tried the restore the friendly relationship between democracy and liberty. He also became the member of Socialist Party. He also discovered the term “Cold War”. His another catchy phrase was “Manufacture of Consent”.

Walter Lippmann is the winner of Pulitzer Prize in 1958 and 1961 for his contribution to American journalism. In the 1st world war, Lippmann was assigned in France as captain in intelligence section in 1918 but was discharged from the army in 1919.

Walter was an amateur philosopher and argued that news and truth are the same thing and criticized many newspapers for their inaccuracies and biases. He believed that journalist should seek facts. He believed that public are being cheated by the false news and giving them a wrong reality to put inside their head. He became the most influential journalist and columnist of his era. He was pointing out the fact that a large amount of public were ignorant about the legal issues and policies of the country which should be solved through education. He used to express his views about modern day’s issues in his columns. He retired as a columnist in 1967.

Walter Lippmann house at Harvard University and College Walter Lippmann was both named after him. His stamps can be found in postal office services in the United States which costs 6 cents. His book “The Good Society” was so influential that French philosopher Louis Rougier put forward an intellectual meeting in Paris. The intellectuals were mainly from Germany and France. His ideas and beliefs were always highly influential among intellectual society and publics.

Walter had always spoken in favor of public. He tried to convince public that they must have knowledge about politics and policies. He tried to explain that many American voters are unaware why they are voting for their leaders and the American policy is not in favor of American people and their happiness.

Walter, in his books, tried to expose the reality of American politics and facts that he knew which General American are unaware about. His books are “Public Opinion”, “The Public Philosophy” and “The Phantom Public” among his many books. His most influential book is “The Good Society”.  His quotations are also famous among public and great leaders. He was also an essayist.

Besides columnist, journalist, author, and advocate he was a great political thinker of his era. Walter was honored with the Presidential Medal of Freedom.