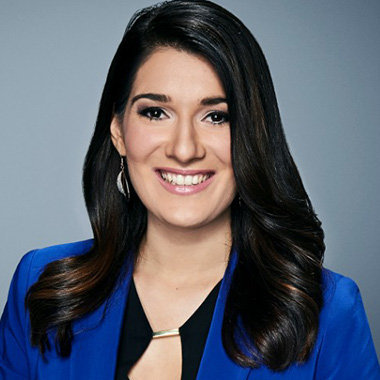 Eleni Giokos introduces herself as the CNNMoney Africa Correspondent based in the network’s Johannesburg bureau. She has been working as a Senior Anchor at Bloomberg TV Africa. She has also been holding the position of a Financial journalist, Mail and Guardian Journalist, Corporate Media trainer, MC and event facilitator.

Born in Greece, Eleni Giokos moved to South Africa along with her family at her early age. She grew up in South Africa. She completed her high school education from South Africa. Having an interest in Journalism, she joined the University of Witwatersrand in 2011. She graduated from University of Witwatersrand with Graduate Degree in Journalism and Media Studies in 2013. Upon graduating, she became confident and aspired to pursue a career in journalism. She is also the recipient of International Monetary Fund Fellow and joined the program in 2014.

Before attending university, Eleni Giokos has been working in CNBC Africa as an Anchor. She joined CNBC Africa in March 2007 and worked till 2012. She served CNBC Africa as a presenter for the various programs such as “Closing Bell Africa”, “On The Couch” and “Telco Talk”. In March 2012 she joined ABN Training Institute and held the position of Head of Media Training for 4 months. In July 2012, Eleni joined eNews Channel Africa and worked there as News and Business Anchor for eNCA between 9 am CAT and 1pm CAT. In November 2013, she started work as Senior Anchor for Bloomberg TV Africa and she currently hosts African Business Weekly on Bloomberg at 4pm and 7pm GMT Saturday and Sunday.

Eleni Giokos has also been associated with CNN as Africa based Correspondent. She has interviewed numerous state and business leaders for CNN including Virgin founder Richard Branson, IMF managing Director Christine Lagarde, South African President Jacob Zuma and former Nigerian President Goodluck Jonathan. She has covered various global events such as the World Economic Forum in Davos. She also reported the United Nations General Assembly. She has also organized debates at the African Finance Corporation, World Economic Forum, and the Africa CEO Forum. Eleni has also been working for South Africa’s Mail and Guardian newspaper.

Eleni Giokos' personal life remains hidden from media. There is no any information on her married life, relationships, and children. She might have been married but without any authenticate source to give this information it is quite hard to speak on these matters. Eleni prefers to maintain the distance between her professional career and personal life. Eleni’s has always been source of motivation and inspiration for all who have been struggling hard to position in a big name such as CNN, BBC and ABC. To get more information on this experienced journalist, she can be followed on facebok and twitter.

Besides her journalism career, she has been visiting various schools in South Africa, giving a motivational speech. She acts as a source of inspiration for aspiring journalism students. She has trained many students of journalism and has conducted various workshops for them to make them more familiar with the real world of journalism.