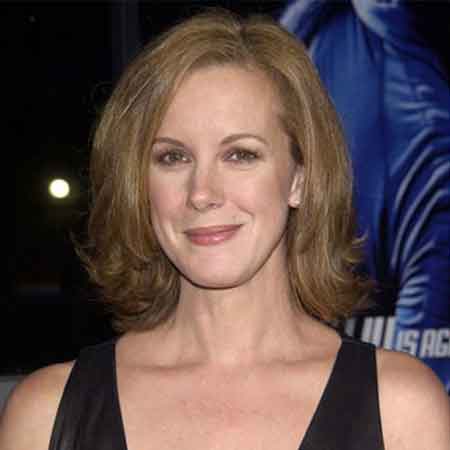 Pekins is married to Argentinian-born cinematographer Julio Macat. Moreover, she was previously married to Terry Kinney and further has a daughter from her relationship with Maurice Phillips. Scroll down to know more about Perkins’s childhood, career, relationships, affairs, net worth, marriage, awards, children, education, divorce, and salary.

Perkins grew up along with her two older sisters. In 1963, her parents divorced. She attended Northfield Mount Hermon School. Moreover, Perkins attended the Goodman School of Drama at DePaul University from 1978 to 1981.

In 1986, Elizabeth Perkins made her acting debut through the movie About Last Night as Joan. She next starred in the movie From the Hip as Jo Ann. Perkins has starred in several other movies including,

Aged 57, Elizabeth Perkins is married twice in her life. Perkins was previously married to an American actor Terry Kinney. The couple shared their vows on 27th March 1984. But the things didn’t go well in between the couple which resulted in their divorce on 10th October 1988.

After that, Perkins began dating Maurice Phillips in 1989. From their relationship, they have a daughter named Hannah Jo Phillips born in 1991. However, even being the parents of a child, Perkins and Maurice failed to continue their relationship and later separated in 1992.

Moreover, on 17th June 2000, Perkins married her second husband Julio Macat. Since their wedding, the duo is still together. They have maintained a silent relationship without facing any rumors of divorce and extramarital affairs. Although they are already married, the couple does not have any kids from their relationship.

A Golden Globe Awards nominated actress Elizabeth Perkins is living a lavish life with her husband. Since long, she is still active in the acting field and has starred in several movies and television series to date.